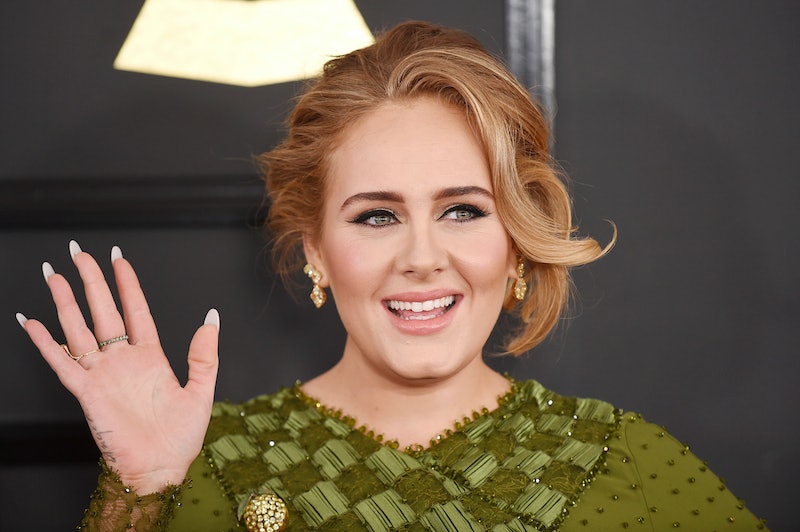 If there's anything we music fans love, it's a cute celebrity pairing where two hit makers come together in their personal lives. The rumour mill has been going wild, and it seems as though both sets of fans can't get enough. But is there any truth to the rumours, and how did Adele and Skepta first meet anyhow? While it's unclear whether there is any truth to the rumours, let's take a look at how the pair know each other.

While Adele and Skepta have a public friendship and have been vocal about their admiration for one another in public, it's unclear how they actually met in the first place. However, both singers hail from Tottenham in North London, meaning that perhaps they knew each other from the area.

The pair have always appeared to have a very positive relationship, which they have both shared evidence of on social media and in media interviews. In 2016, for example, Skepta told ES Magazine that Adele is a positive force in his life: “Adele texts me all the time and keeps me in check. She speaks to me about how things are going," he explained.

Also, in 2016, Adele shared a picture Skepta, who had won a Mercury prize, alongside the caption “Tottenham Boy” and a heart emoji. In response, Skepta had a very sweet social media reaction, as he retweeted it with the words “love you” and a red rose emoji. Kind of cute, no?

Rumours of the pair's friendship heating up started with The Sun, where it was reported that Adele attended Skepta's 37th birthday celebrations at The Crystal Maze, and inside source alleged that “Adele and Skepta have been there for each other a lot after both their relationships split up. They have a close bond and there’s definitely a special connection."

The source continued: “They’re spending more and more time together. Some of their friends are hoping and predicting they could end up being a great couple one day.”

They also added that both artists are prioritising being parents first: “They are both private about their love lives and they are both committed to their children first and foremost as well.” Skepta has a one-year-old daughter, while Adele has a son named Angelo from her previous marriage with Simon Konecki.

Adele filed for divorce from Konecki in September 2019. The couple had been together for eight years, having started dating in 2011 and welcoming Angelo in 2012. The pair married in 2016 in a ceremony that was never publicised. However, Adele appeared to confirm her marriage at The Grammys in 2017, when she referenced her "husband."

This year, the dating rumour mill has been very quiet (what with the pandemic and a nationwide lockdown), yet a simple Instagram comment saw both Adele and Skepta fans to start it back up again. On June 28, Adele posted two fun photos to her account this week from her living room, reliving her famous Glastonbury 2016 performance.

Adele only responded with emojis yet it still fanned the flames of romance rumours. For his 38th birthday, Adele reportedly bought Skepta a £16k gold chain, per the Mirror, further fanning the flames.

Skepta's last known rumoured relationship was with Naomi Campbell, who he starred on the cover of GQ with in 2018. The pair later seemingly parted ways, with Naomi even unfollowing Skepta on Instagram.

The rumours are unclear right now; only time will tell if Adele and Skepta are dating or are simply just good friends.

More like this
Beyoncé Might Be Plotting Secret Intimate Gigs In The UK
By El Hunt
60 Empowering 'Renaissance' Lyrics That Make Perfect Instagram Captions
By Catharina Cheung
The Controversy Around Beyoncé's “ENERGY”, Explained
By Frances Stewart
The Beyhive Is Buzzing About Beyoncé’s 'Renaissance' Album
By Sam Ramsden
Get The Very Best Of Bustle/UK

This article was originally published on Oct. 1, 2019