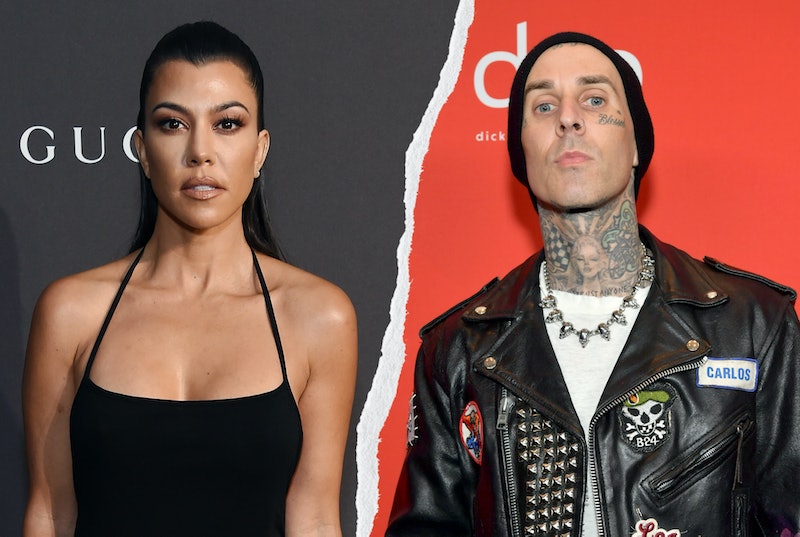 Sorry, Scott Disick and Kourtney Kardashian shippers, but your favorite reality TV mom and dad aren't getting back together anytime soon. On Jan. 24, People reported that Kardashian is dating Blink-182 drummer Travis Barker and has been for almost two months now. And if you're thinking that their reported romance came seemingly out of nowhere, you couldn't be more wrong. As it turns out, the two are actually neighbors.

According to Entertainment Tonight, Kardashian and Barker live on the same block in Calabasas, California, and have developed a platonic friendship over time. "They've been friends and family friends for a very long time, but recently something sparked and their relationship has turned romantic," a source told the outlet. "Things are super easy between them because they know each other so well and just click and get one another. Her kids and his kids get along so well too, which is a major plus for both of them."

Rumors about the two taking their relationship to the next level surfaced over the weekend thanks to the reported new couple's social posts. Kardashian and Barker both shared photos on Instagram from her mother Kris Jenner's home in Palm Springs, where they appeared to be spending some quality time together — without the kids.

People confirmed that the new couple was in Palm Springs and shared even more details about their relationship, hinting that Barker made the first move. "They've been dating for about a month or two," an insider told the outlet, adding that "Travis has liked her for a while."

Ironically, this is not the first time the musician has been linked to Kardashian. Some fans started speculating that they were an item in March 2019 after their various outings together and Barker's many cameos on Keeping Up With the Kardashians. However, he quickly shut down romance rumors, telling People that she was just a "dear friend." "I mean, I love her to death," he said. "I love her family to death. But yeah, just friends."

Evidently, things have changed. Here's hoping that fans can see their romance blossom on the final season of KUTWK — or maybe even the Kardashians' upcoming Hulu show.

Bustle has reached out for comment on Kardashian and Barker's reported relationship and will report back with any updates.