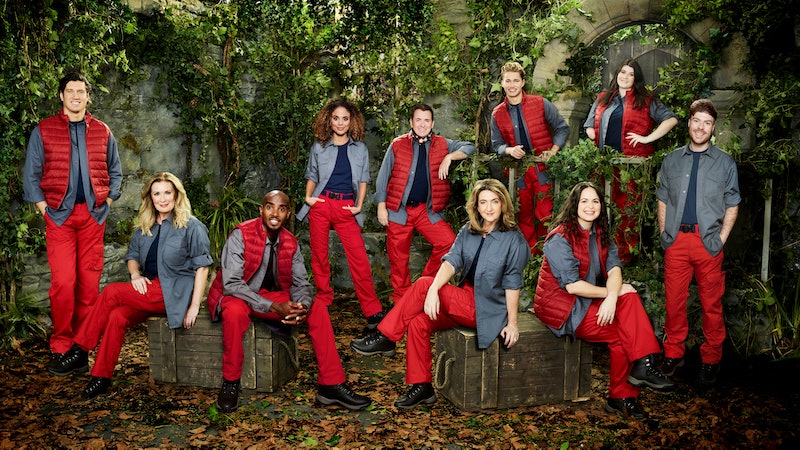 From socially-distanced crew members to virtual live-ins, television producers have had to get very creative when making the UK's favourite shows this year. Back in August, we were glad to hear ITV bosses had come up with a number of solutions to bring I'm A Celebrity back for 2020, despite the pandemic. The new series starts Sunday, November 15. but will come with considerable changes, in fact, there are 4 major ways I'm A Celebrity will be different this year.

The 2020 line-up includes Olympian Mo Farah and Eastenders' Shane Ritchie and, while there's still expected to be some gruesome tasks, a new set of unhappy celebrity campers, and importantly Ant and Dec, here are the major differences you need to know:

Alas! Due to the pandemic's travel restrictions, there will be no adventures in the Australian outback for this year's celebrities. For the first time in I'm A Celebrity's 20 year history, the 2020's series will be held in the Welsh countryside at Gwrych Castle in Conwy. While the castle sits on a pretty dreamy hillside among trees and overlooks the Irish Sea, apparently it's haunted which, if true, could provide us with some very entertaining hidden camera footage.

Presenters Ant and Dec are already primed and ready for Gwrych Castle . Back in September, the duo posted a photo of themselves in the Welsh countryside "in search of #imaceleb castle."

OK, so the Welsh countryside is vastly different from an Australian jungle but I'm A Celebrity bosses have promised that they're not going to be easy on the contestants just because of the new locale. They've told viewers to expect "gruelling trials and fun-filled challenges to win food and treats." “Our celebrities will probably have to swap shorts for thermals but they can still look forward to a basic diet of rice and beans and plenty of thrills and surprises along the way," said Richard Cowles, Director of Entertainment at ITV Studios. "Thrills" sounds a little ominous (for The Celebs, I mean... all the more entertaining for viewers).

According to RadioTimes, the new trials "have been adapted to make sure they are COVID-safe." They haven't confirmed if creepy crawlies will still be on the menu this year. Hmmm, not sure what scary things you can do with goats, but I guess time will tell.

The new location means the celebrity contestants will be fighting it out to become King or Queen of the castle, rather than the jungle which to be honest has just as good of a ring to it.

After contestant AJ Pritchard tested positive for Covid just days before the series was due to kickstart, it's safe to say ITV bosses are taking extra safety precautions. Thankfully, after isolating the dancer has now tested negative and the show will go on. Mandatory testing will become routine for this year's celebrities after ITV announced it had introduced an "extreme Covid Management Plan." The contestants will be tested every three days, they confirm, and the crew will be wearing "proximity buzzers" to help with social distancing.

"Everyone on the production team has worked incredibly hard to bring I’m A Celebrity to Wales and a massive part of making that possible has been developing our protocols around Covid," said ITV's Richard Cowles.

Before entering the castle the contestants will have isolated for two weeks and will of course form a bubble during their time on the show.