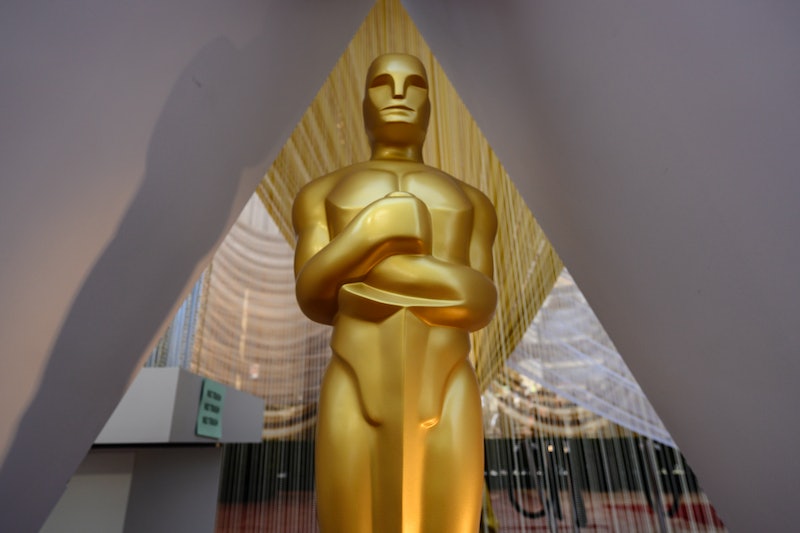 After a lengthy COVID-19 pandemic delay, the 93rd Annual Academy Awards will finally be held on Sunday, April 25, 2021. Hollywood’s biggest night had to be moved in June from its original date of Feb. 28; however, the postponement has allowed the Academy of Motion Picture Arts and Sciences to plan an in-person event at its usual home, Los Angeles’ Dolby Theatre. Therefore, the awards show will go on, and now the big question many viewers have is: How long are the 2021 Oscars?

Oscar Sunday is always action-packed, from the pre-show coverage to the after-parties. Of course, the main event is the ceremony itself, which offers fans hours of entertainment. ABC, the network responsible for the telecast, has set aside three hours for the show, scheduling the Academy Awards to start at 5 p.m. PT (8 p.m. ET) and run until 8 p.m. PT (11 p.m. ET). As usual, though, there is a very real possibility that the ceremony will run over the three-hour mark. It often has in past years, including both 2020 and 2019, when the Oscars lasted 3 hours, 36 minutes and 3 hours, 23 minutes, respectively, per Deadline. Expect a long night and plan accordingly.

If three-plus hours isn’t daunting to you, there’s more Oscars fun to be had. In fact, this year’s producers, Jesse Collins, Stacey Sher, and Steven Soderbergh, teased in an April 16 statement that they’ve “come up with some serious pre-game and post-game action to enhance our main event.” They advised viewers to “tune in for the whole shebang, otherwise you’ll miss something really unexpected and fun.”

ABC is beginning its coverage at 10 a.m. PT (1 p.m. ET) on Sunday. First up is its special Oscars Countdown, Live!, a broadcast hosted by ABC News Correspondents Chris Connelly and Janai Norman that will look at the year in Hollywood, highlight nominees’ accomplishments, pay tribute to late actor Chadwick Boseman, and more. Then the pre-show, Oscars: Into the Spotlight, will follow at 3:30 p.m. PT (6:30 p.m. ET), and continue until the ceremony. Hosted by Ariana DeBose and Lil Rel Howery, it will “give fans around the world the ultimate insiders’ sneak peek to the party,” per ABC, as well as include performances by the artists up for best original song. Finally, the network will close out its coverage with Oscars: After Dark directly after the ceremony, which will recap the biggest moments of the evening, led by hosts Colman Domingo and Andrew Rannells.

Red carpet coverage can also be found on other channels, but wherever you watch, don’t expect that part of the evening to look the same as in non-pandemic years. During an April 17 virtual press conference, the producers explained some of the challenges of putting on the 2021 Oscars, with safety being high on the list. Sher noted that there won’t be “a traditional red carpet,” but rather “a teeny-tiny red carpet … for safety reasons, obviously.”

Despite the differences, the Oscars will be an exciting night for 2021 nominees and viewers alike.

More like this
Yes, You Can Stream ‘To Leslie’ In The UK Now
By Sam Ramsden
Paul Mescal’s Family Celebrated His Oscar Nomination In The Sweetest Way
By El Hunt
What Is Mary J. Blige’s Net Worth? The 9-Time Grammy Winner Is Doing “Just Fine”
By Hugh McIntyre
Your Guide To Watching 'Everything Everywhere All At Once' In The UK
By El Hunt and Sophie McEvoy
Get Even More From Bustle — Sign Up For The Newsletter
From hair trends to relationship advice, our daily newsletter has everything you need to sound like a person who’s on TikTok, even if you aren’t.