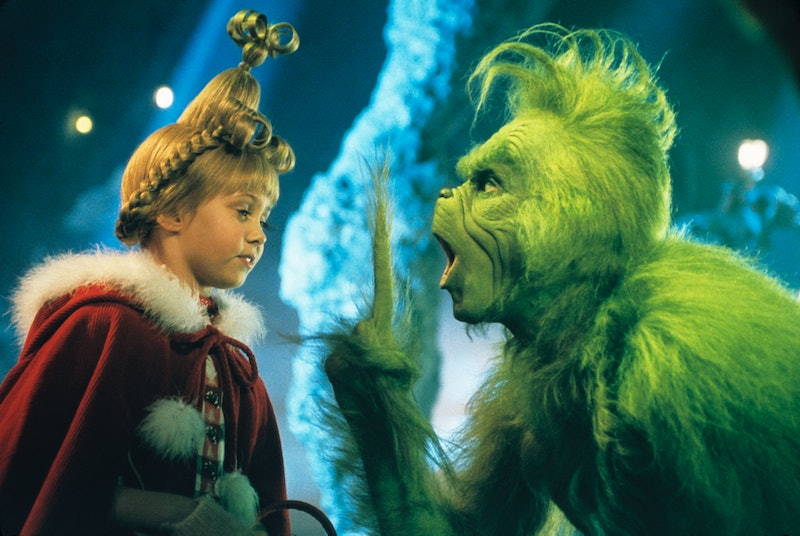 As we curl up with fuzzy socks and a mug of hot chocolate to watch our favourite festive flicks such as Love Actually, another beloved movie is being dissected on TikTok for an apparent editing fail. How The Grinch Stole Christmas stars Jim Carrey as the green-faced Grinch, who despises the holiday festivities. Equal parts silly and nostalgic, the film has grown on skeptics too, emerging a fan favourite. But recently a TikTok user spotted an error in how the Grinch’s eyes appear in one of the scenes.

While he messes around in Whoville, the Grinch’s striking amber-coloured eyes appear brown, and somehow this glitch made it to the final film. TikTok user @redcobweb says, “Every time I watch The Grinch, I notice this one little mistake they made whether they forgot to either put his contacts in or to edit them in afterwards. So Jim Carrey’s brown eyes are just there. And in the next scene, they’re back to that.”

This one revelation has sparked conversation, with fans sharing their reactions. Some even said that they knew something was wrong in that moment, but were unable to put their finger on it. One viewer said, “No wonder he looks so different in that scene. I can never understand why… now I know.” Another wrote, “I fixated on this movie as a kid, I can't believe I never noticed that until now, haha."

Some users also tried to make sense of the error by guessing that Carrey perhaps needed a break from the contacts or that they were painful to wear. The video has over 3.2 million views at the time of writing and is only gaining popularity — users love a good Christmas conspiracy and this fits the bill.

This also sparked other conversations about the film. Some TikTokers were shocked that the jolly town of Whoville was actually set inside a snowflake. A user wrote, “The fact that the Grinch took place on a snowflake disturbed me as a kid, I kept expecting the whole thing to melt."