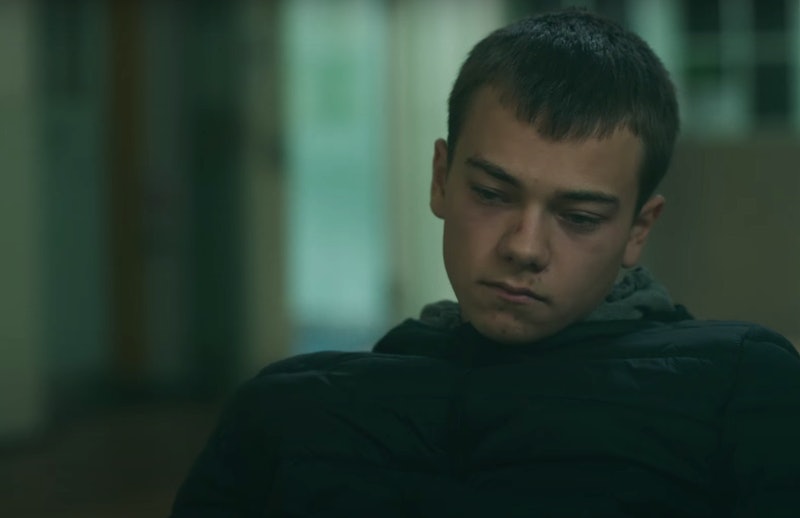 Directed by Henry Blake, County Lines is a dark, coming-of-age tale that plunges deep into the world of the British drug trafficking. The film stars the boyish Conrad Khan, who received a BAFTA nomination for the role. Given the hype surrounding Khan, you may be wondering where to watch County Lines in the UK.

County Lines can be streamed now on BFI Player and Curzon Home Cinema. It’ll cost you £10 to rent on the BFI website, and £9.99 on Curzon.

The film, which was released in 2019, follows an introverted adolescent named Tyler (played by Khan) as he navigates the drug trade. He is first introduced to this brutal world by the mysterious Simon (played by Harris Dickinson), who saves Tyler from a bunch of bullies and who Tyler looks to as an older brother. Soon, Tyler takes on the dangerous task of transporting drugs across towns and cities in the UK and gradually comes to the realisation that he is only a cog in a machine — he’s utterly dispensable.

The film takes its name from a worrying phenomenon of the same name, where gangs and criminal networks rope in children and other vulnerable people to transport drugs illegally across county boundaries. According to the Children’s Society, in 2020, the problem of county lines has contributed to a 807% increase in children referred for council support in relation to modern slavery. The film is based on Blake’s 11 years of experience serving at a pupil referral unit.

“I hope the film can help us see that more needs to be done in terms of legislation and opportunity for young people,” Khan said, in an interview with the Evening Standard. “Henry [Blake] wanted the film to change perceptions of teenagers — when you see a guy with his hood up not to instantly think drug dealer, that is a vulnerable kid and not every story is the same.”

Khan, who is in his first year of film studies at Queen Mary University of London, is also set to star in BBC One’s Baptiste and the critically acclaimed series Peaky Blinders. He started acting on the encouragement of his barber, and performed with Hackney’s Arcola Youth Theatre, before going on to star as a young Chris Hemsworth in The Huntsman: Winter’s War and one episode of Black Mirror.

Speaking to Bustle about his BAFTA nomination this week, Khan said, “I still can’t explain how amazing it is.” He adds, “When I was doing County Lines — the film which probably got me the most recognition for the award — this is something I never even dreamt of.”

And Khan isn’t the only County Lines cast member to receive recognition from BAFTA. Ashley Madekwe, who plays Tyler’s mother Toni, has also been nominated, getting the nod for Best Supporting Actress.