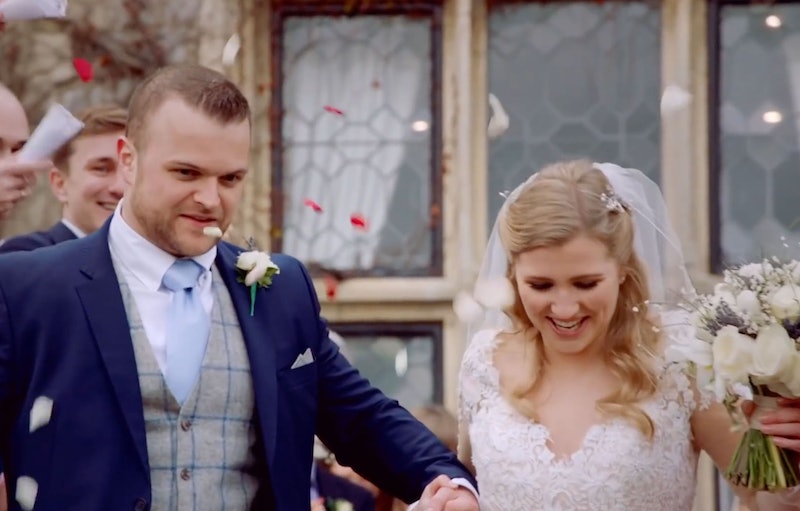 The show in which total strangers tie the knot within their first few minutes of meeting is looking for a fresh bunch of hopeless romantics. Yes, Channel 4's Married at First Sight UK is once again in search of singletons on the lookout for love. Who, with the help of a panel of experts, will hopefully discover the perfect match. So, if you fancy taking part, here's how to apply for Married at First Sight UK.

As noted on the official Married at First Sight UK application page, Channel 4 are "looking for brave singles" for a potential future series of the "unique relationship" show. To apply, you must be aged 18 and over, and email your your name, age and contact number to marriedatfirstsight@cplproductions.co.uk. It really couldn't be simpler.

For those unfamiliar with the format, Married at First Sight sees two complete strangers matched together by a team of experts who carry out a meticulous match-making process during their quest for the most compatible couples, which includes personality-based exams, interviews, and even a hair strand test. The chosen pair then walk down the aisle just moments after meeting for the very first time, and are later whisked away on their honeymoon as a fully-fledged married couple. Arriving back in the UK, the newlyweds then move in together for seven weeks, before deciding on whether or not they'd like to stay married or go their separate ways.

However, for the upcoming sixth series, the format of Married at First Sight UK will edge towards the hugely popular Australian version, which has become a reality TV highlight of many in recent months. As Tyla reports, the revamped UK edition will move from Channel 4 to E4, and see couples take part in a commitment ceremony as opposed to a legally binding marriage. Following the ceremony, participants will move into a shared house with all the other recently-matched couples, where they’ll meet for weekly dinner parties and commitment ceremonies throughout their stay.

In a recent statement, E4 promised fans can look forward to a “bigger, more explosive take on the format,” whilst the broadcaster’s Commissioning Editor of Factual Entertainment, Lee McMurray, has teased “the most exciting series” to date.

“I’m thrilled to be refreshing one of the portfolio’s most popular brands for E4, bringing extra scale and ambition to what is already one of the most audacious and provocative experiments on television, and delivering what we hope will be the most exciting series yet,” McMurray said in a statement.

Married at First Sight UK will air on E4 later this year.