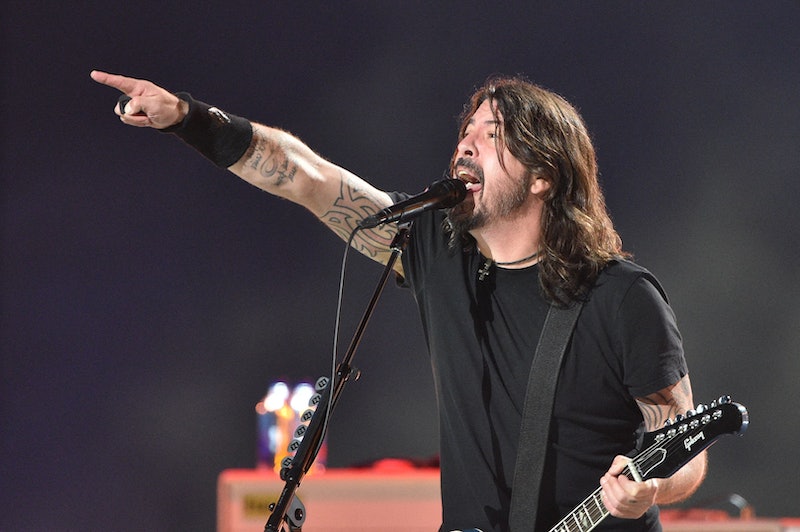 For a band that absolutely thrives on playing to crowds, 2020 wasn’t a great year for Foo Fighters – especially since they’d planned a celebratory extravaganza to mark their 25th anniversary. After finally releasing their 10th studio album Medicine at Midnight, which was also delayed because of the pandemic, the Foo’s have announced they’ll be returning to stadiums across the UK. Now all you need to do is be first in line for the 2022 tour tickets.

As with previous tours, Foo Fighters will only be spending a short amount of time in the UK. They’ve got four dates lined up between June and July 2022, including two dates in London.

The band start off in Manchester on June 25 at Emirates Old Trafford, before moving on to Birmingham’s Villa Park on June 27. Then it’s down to London for two shows at London Stadium (the former Olympic Stadium) on June 30 and July 2.

Foo Fighters UK shows have a tendency to sell out fast, so it’ll likely be a case of fastest finger first. Speaking to NME, frontman Dave Grohl said there’s been a noticeable excitement among audiences as the band returned to venues across the U.S. “You could feel it in the audience. You could hear it when they sang along. You could see it when they danced,” he explained. “You could see people have been starved of live performance – as we have. We hit the stage like we haven’t hit the stage in two years!”