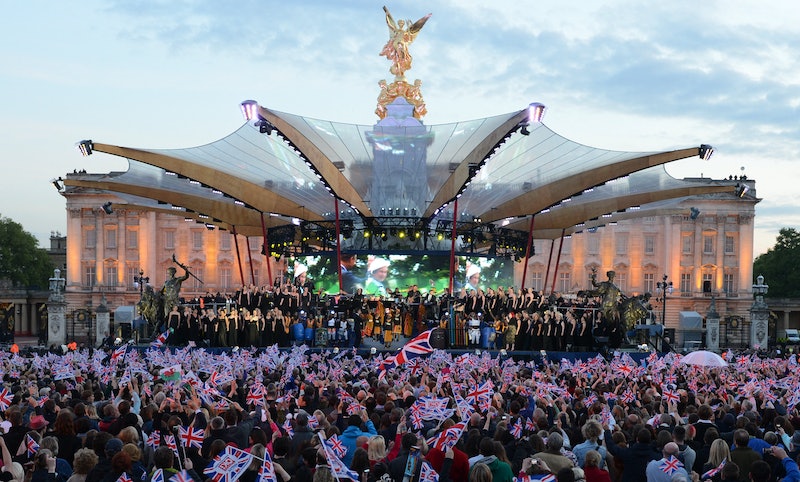 Taking place on June 4 – and giving us two extra bank holidays in the process – the Queen’s Platinum Jubilee is going to be major. And the Queen’s Plantinum Jubilee Concert? Equally major. George Ezra is the first performer to be confined on the line-up, with many more set to be revealed in due course. As was the case with the 2012 Queen’s Diamond Jubilee, a select number of the public will be able to attend the concert which will take place in front of Buckingham Palace. So if you’re eager to get your hands on tickets for the Queen’s Platinum Jubilee Concert, then here’s what you need to know.

Organised by the BBC, 10,000 tickets will be made available to the public via an online ballot which you can enter via ballot here. You can only submit one application, and you’ll have to nominate the guest to attend with you at the time of submitting your entry. Tickets will be selected via an “independently verified ballot,” per the site, which takes place after the application closes at 23:59 on March 23, 2022.

The ballot is open to residents in England, Scotland, Wales, Northern Ireland, the Channel Isle and the Isle of Man and applicants must be 18 or over to apply for tickets. Nominated guests must be aged 11 or over, and guests under 16 must be accompanied by a parent or legal guardian. If your application is successful, you’ll be notified by email in late April. Then you’ll then be given two weeks to claim your tickets.

The ballot may not be the only way to get tickets, though. The BBC notes that some tickets will also be made available to charities, presumably for them to give away or share with patrons, supporters, and their teams.

As for what you can expect from the concert itself, there’s not a lot of information as of yet. However, Ticketmaster writes that it’ll include “state-of-the-art technology and a stunning stage design”, as well as “an incredible range of highlights from global music stars with a full, live orchestra.”

The Platinum Party at the Palace will be broadcast live on BBC One, BBC iPlayer, and supported across the entire BBC network on June 4.