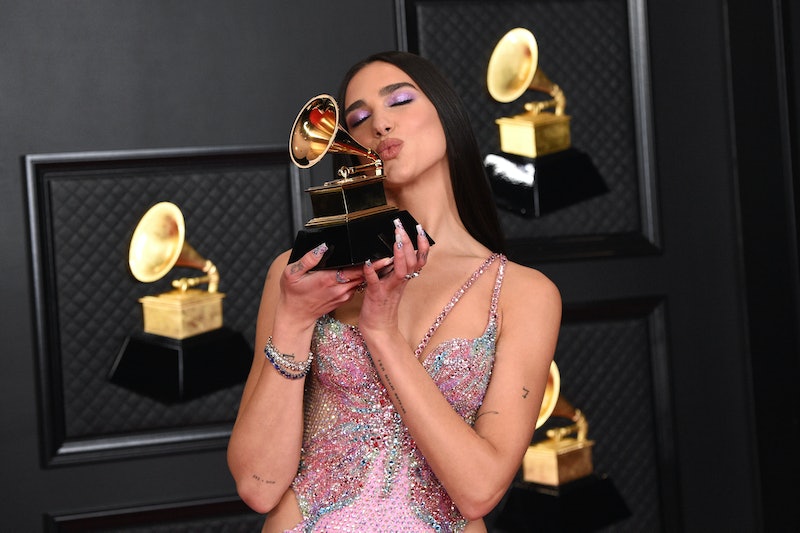 After being postponed earlier this year, the 64th annual Grammy Awards are now set to air Sunday, April 3 on CBS. The show will be hosted by The Daily Show’s Trevor Noah, and promise to feature appearances and performances from many of your favorite artists.

This year’s Grammys are also switching some things up. Per the Recording Academy’s website, the Nominations Reviews Committee has been eliminated, and two new categories (Best Global Music Performance and Best Música Urbana Album) have been added, among other changes. The move was voted on by the Recording Academy’s Board of Trustees as a result of “extensive discussions and collaboration” among a subcommittee of current Academy members and elected officials.

“The latest changes to the Grammy Awards process are prime examples of the Recording Academy's commitment to authentically represent all music creators and ensure our practices are in lock-step with the ever-changing musical environment,” said Ruby Marchand, Chief Industry Officer at the Recording Academy, in a press release last April. “As we continue to build a more active and vibrant membership community, we are confident in the expertise of our voting members to recognize excellence in music each year.”

So how can audiences catch the ceremony at home? Below, everywhere viewers can stream the 2022 Grammy Awards.

How To Stream The 64th Grammy Awards

CBS will air the Grammys live from the MGM Grand Garden Arena in Las Vegas on Sunday, April 3 at 8 p.m. ET (5 p.m. PT). Per the Recording Academy website, this year’s telecast can also be streamed live in three ways: through your local TV provider, via Paramount+, or through a streaming service that includes live TV access.

If you’re watching through CBS.com or the CBS app, you’ll need to authenticate your TV provider. If you don’t have a traditional TV provider, Paramount+ will air the ceremony live and on-demand. (A premium subscription to costs $9.99 per month, though new subscribers can lock in a free seven-day trial upon signing up; students also receive 25% off their monthly subscription cost.)

Viewers interested in watching the Grammys live can also consider a streaming service that offers live TV, like YouTube TV, Hulu + Live TV, DirectTV Stream, and FuboTV (among others). Note that if you don’t already have a subscription, many services offer free trials.

Who’s Performing At This Year’s Grammys?

As usual, the Grammys Awards will offer a wide range of performances from some of the nominated artists. (Click here to check out a full list of nominations.) The current list of scheduled performers include Billie Eilish, Brandi Carlile, BTS, Carrie Underwood, H.E.R., Jon Batiste, Lil Nas X with Jack Harlow, Olivia Rodrigo, and more.

More like this
You Can Still Stream The 2023 Grammys Even If You Don't Have TV Or Cable
By Grace Wehniainen
What Is Mary J. Blige’s Net Worth? The 9-Time Grammy Winner Is Doing “Just Fine”
By Hugh McIntyre
Here’s How You Can Watch The Grammys 2023 In The UK
By Emma Madden and Catharina Cheung
The Best Memes & Tweets From The 2023 Grammys
By Grace Wehniainen
Get Even More From Bustle — Sign Up For The Newsletter
From hair trends to relationship advice, our daily newsletter has everything you need to sound like a person who’s on TikTok, even if you aren’t.