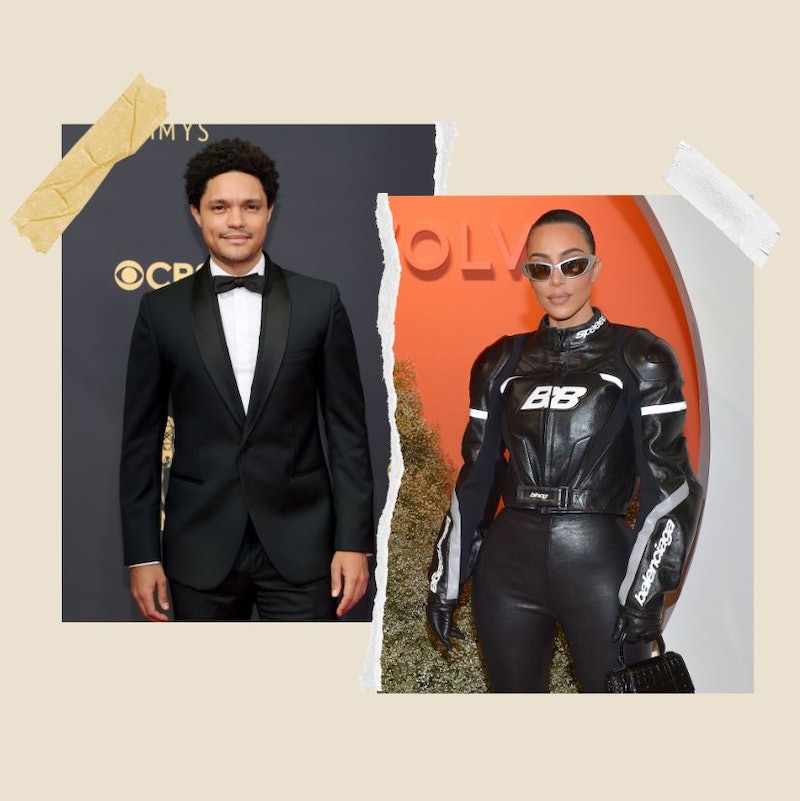 From Jameela Jamil to, well, all of Twitter, critics were quick to call out the most questionable quotes in the Kardashians’ Variety cover story — especially the part where Kim shared her advice for women in business. “Get your f*cking ass up and work,” she said in the interview, published March 9. “It seems like nobody wants to work these days. You have to surround yourself with people that want to work. No toxic environments, and show up and do the work.”

The Daily Show’s Trevor Noah joined the discourse, too, explaining the paradox behind Kardashian’s comments during the March 10 episode. He noted that he can empathize with the reality star’s frustration with false assumptions about her own work ethic but also pointed out the role she has played in them. “Part of this idea that people have of Kim is Kim’s fault,” he said on the show. “I mean, think about it. For decades, the thing that she sold is ‘not work.’ Yeah, in fact, she works really hard to look like she’s not working hard.”

Noah also said that it “can come off as extremely condescending” to attribute Kardashian’s success to hard work alone. “Yes, Kim Kardashian works hard,” he added. “But do you know who else works hard? Most women. But what their ‘asses’ don’t have is Kim’s luck to be born into a rich family ... and all the access and connections that that brings you.”

As Noah pointed out, luck plays a crucial role in success. “A lot of people work hard and they’re still broke,” he said. “In fact, a lot of the time, the broker you are, the harder you probably work.” He even gave a shoutout to his own grandmother, who he said he’s “balling circles around” even though she worked “10 times harder” than him.

On Twitter, many of the opinions mirrored Noah’s. Kardashian’s critics frequently pointed out that they do work hard but haven’t had the same advantages as her. One, for example, called the Skims founder “out of touch with reality,” while another wrote, “All anybody does is work and it’s killing us.” Still another added that the average person doesn’t have “all these other layers that make it easy for us to accomplish it all,” noting that Kardashian has nannies, chefs, and personal trainers.

Though the Kardashians haven’t officially responded to the criticism, Kourtney did appear to acknowledge it via Instagram story. She shared a clip from Keeping Up with the Kardashians, according to Metro, in which she said, “Working is just not my top priority. It’s never going to be.”