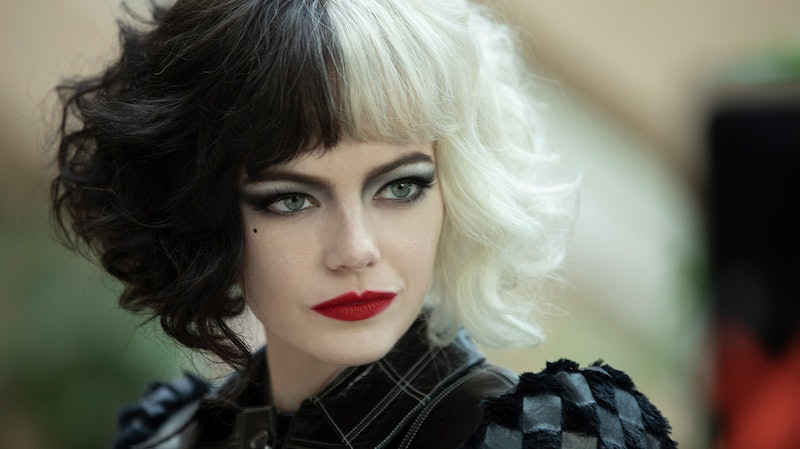 Disney has quite the challenge in front of it with Cruella. The movie — which hits theaters (and Disney+, with Premier Access) on May 28 — stars Emma Stone as a young version of classic villain Cruella de Vil, and tracks her origin story as an aspiring fashion designer. It’s a tall order to make Cruella a sympathetic character; after all, this is someone whose claim to fame is that she ruthlessly tried to murder over a hundred puppies — puppies! — to make a fur coat. And if you’ve forgotten just how awful Cruella de Vil is, then you need to figure out how to watch 101 Dalmatians before checking out the new Disney+ release.

The original production, and the most classic by most measures, is Walt Disney’s 1961 animated film One Hundred and One Dalmatians. The movie was the 17th Disney animated film, and it was both a box office hit and a critical success upon its release. Thankfully, watching it is quite easy to do these days (provided you have a Disney+ account) as it is included with your Disney+ subscription. If you don’t have a subscription, you can get one for $7.99 a month or $79.99 a year.

While the animated version is the original and most iconic depiction of Cruella de Vil, it’s not the only one. Disney also produced a live-action adaptation of 101 Dalmatians in the ’90s, and depending on when you were born, this version may be your preferred frame of reference. Eight-time Oscar nominee Glenn Close starred as Cruella in this 1996 adaptation, and she put her own memorably campy spin on the classic villain. The film was a massive hit, ranking as the sixth highest-grossing film of ’96 while earning Close a Golden Globe nomination. As a result of its success, a sequel was produced in 2000 called 102 Dalmatians. While nowhere near as successful nor well-received as its predecessor, the film does have more of an emphasis on Close’s Cruella, so it’s worth checking out if you’re looking to be a Cruella completist.

Unsurprisingly, both live-action movies are currently streaming on Disney+ for subscribers. If you’re opposed to getting a Disney+ subscription, you can rent or buy both the live-action and animated films from online retailers like Amazon, where you can expect to pay around $4 per rental.

There are a handful of other installments in Disney’s 101 Dalmatians franchise, like a ’90s Saturday morning cartoon series and an ill-advised 2003 sequel to the original animated film, but for the most de Vil-centric experience, your best bet is to stick to the three films outlined above.

More like this
11 Movies To Watch At The 2023 Sundance Film Festival
By Chloe Foussianes
Here’s Everything Coming To & Leaving Netflix In February
By Jake Viswanath
Yes, You Can Stream ‘To Leslie’ In The UK Now
By Sam Ramsden
Your Guide To Watching 'Everything Everywhere All At Once' In The UK
By El Hunt and Sophie McEvoy
Get Even More From Bustle — Sign Up For The Newsletter
From hair trends to relationship advice, our daily newsletter has everything you need to sound like a person who’s on TikTok, even if you aren’t.