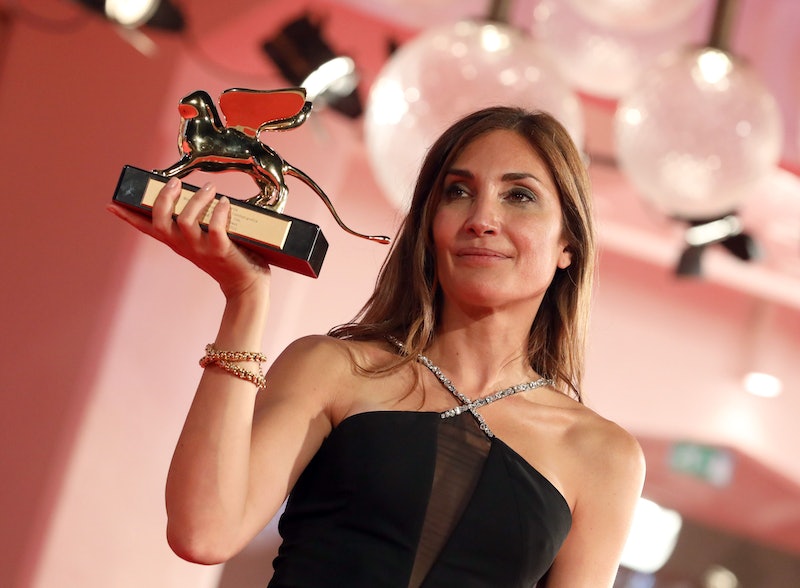 Based on Annie Ernaux’s book of the same name, Audrey Diwan‘s Happening follows the story of a promising young student who falls pregnant in the early 1960’s. The French drama has been very well received following its Venice International Film Festival debut and is already hot-tipped to storm the 2022 awards season. But how can you watch Diwan‘s Happening in the UK? It’s a good question.

At the time of writing, Happening is yet to receive an official UK release date. I will update with any new information regarding the film’s release once it is made available.

As mentioned, Happening had its world premiere at the 78th Venice International Film Festival on Monday, Sept. 6, 2021. Per the Guardian, the drama scooped the prestigious Golden Lion prize at the socially distanced gala, the previous winners of which include Nomadland, Joker, Roma, and The Shape of Water.

“I feel heard! I did this movie with my belly, my heart, my guts, and my head,” director Diwan told the audience following her victory. Announcing this year’s Golden Lion winner, the chairman of the prize jury, Bong Joon-ho, said, “We jury members dearly loved this film. It was unanimous.”

Per Vanity Fair, Diwan's Happening triumphed over some strong competition at the 2022 film festival, including Maggie Gyllenhaal’s The Lost Daughter, Paolo Sorrentino’s The Hand of God, Paul Schrader’s The Card Counter, and Jane Campion’s The Power of the Dog.

Set in 1963 and starring Anamaria Vartolomei and Sandrine Bonnaire, Happening tells the sensitive story of an aspirational young college student named Annie who is faced with a string of dilemmas after discovering that she is pregnant.

The French drama has enjoyed glowing reviews from some critics in the wake of its film festival success, with Variety’s Guy Lodge lauding Happening’s director Diwan as “a major talent.”

Elsewhere, a review from The Hollywood Reporter describes the film as “compassionate but brutally honest,” adding that Diwan successfully manages to link the past to “the precarious present” throughout.

“With abortion still illegal in many countries and under persistent threat in others. The film serves as both a transfixing drama and an urgent reminder of the need to protect women’s reproductive rights,” writes film critic David Rooney.

More like this
Rupert Grint Just Shared A *Major* Update About Ron Weasley’s Future
By El Hunt
'Boiling Point's TV Sequel Is Set To Deliver A “Rollercoaster Of Emotions”
By Catharina Cheung and Sophie McEvoy
'Abbott Elementary' Fans Probably Missed This 'Parent Trap' Easter Egg
By Sam Ramsden
Michaela Coel Has Some *Thoughts* About The Nepo Baby Discourse
By Maxine Harrison
Get The Very Best Of Bustle/UK
Sign up for Bustle UK's twice-weekly newsletter, featuring the latest must-watch TV, moving personal stories, and expert advice on the hottest viral buys.