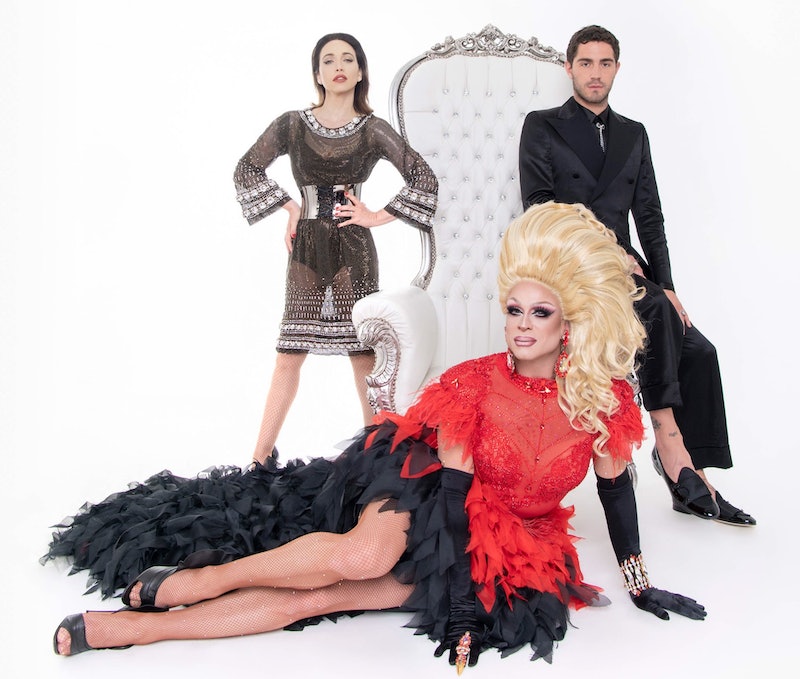 From the US to Thailand to Australia and more, RuPaul’s Drag Race is continuing its pursuit of world domination by announcing yet another spin-off series. This time: Drag Race Italia. On July 1 the franchise confirmed that it will soon be descending on Italy, posting the news to Instagram — complete with an apt new colosseum logo.

The Italian series follows this year’s globally successful seasons of Drag Race UK, Drag Race Down Under, and season 13 of the original US series, so naturally, drag lovers are primed and ready to see how the Italian Queens measure up.

So you may be wondering, how to watch Drag Race Italia in the UK? While RuPaul’s Drag All Stars season 6 is currently being shown on Netflix in the UK, Drag Race Italia will likely not be streamed on the platform when it airs (although this is still TBC).

Instead, RuPaul’s Drag Race creators, World Of Wonder, confirmed via social media that the new series will be shown on WOW Presents Plus in select territories (excluding Italy), and Discovery+ Italia in Italy.

There’s no specifics yet on when Drag Race Italia will be shown in the UK and yet, given the franchise’s current partnership with the BBC, viewers might hope that it’s shown at some point on BBC Three. Bustle will keep you updated.

Meanwhile, although details are still scarce, the suggestion is that RuPaul won’t be fronting the new Italian series, but may make a brief appearance, much like in the Spanish spin-off, Drag Race España.

Nonetheless, it has been confirmed via social media that Italian commentator Tommaso Zorzi, Priscilla (Miss Drag Queen Italia 2007), and actress Chiara Francini will be judges alongside some special guests. I have a feeling the Italian commentary is going to be some of the shadiest of all the spin-offs.

Ahead of Drag Race Italia’s big reveal, World of Wonder co-founders Fenton Bailey and Randy Barbato, have been shouting out the show’s other international iterations.

“We’re excited,” they said, per Gay Times. “Every country has a rich tradition of drag, and it’s different in every country. What is true in every country is that it hasn’t been a television proposition. I think it’s taken broadcasters in different territories a little time to adjust, to recognise that.”

Before we say “ciao” to Drag Race Italia, Bustle shared earlier this month that Drag Race UK season 3 is officially in the works. The new season will be Drag Race’s third UK outing – and comes only a few months after RuPaul crowned the second UK drag superstar, Lawrence Chaney, in March this year.