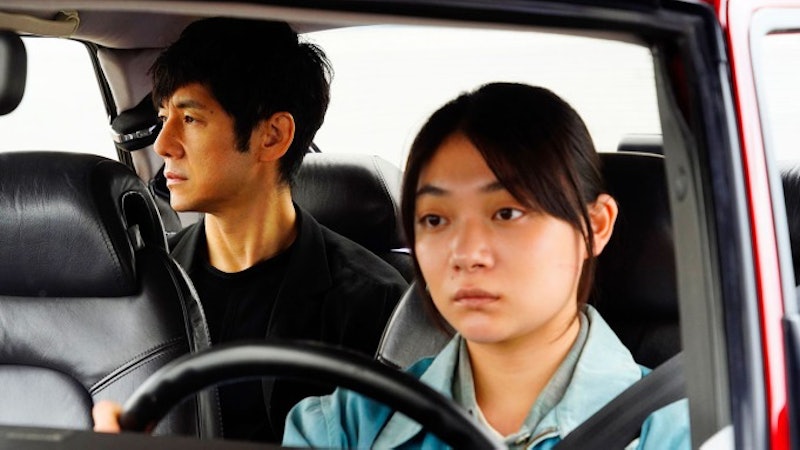 If you have been keeping up with this year’s upcoming Academy Awards, you will have seen the buzz around Drive My Car, the first Japanese film in Oscar history to be nominated for Best Picture. As well as its historical nomination, the film has also bagged nominations for Best Director, Best Adapted Screenplay, and (you guessed it) Best International Film. It comes after the drama also took home the top award for the Best Non-English Film at the BAFTAs. So where can you watch Drive My Car in the UK?

Thankfully, British film lovers are in luck as Drive My Car is still showing at cinemas across the country. As well as being shown on the big screen, the film is also available to stream online via the BFI Player or Curzon Home Cinema. Written and directed by Ryusuke Hamaguchi, Drive My Car is based on renowned Japanese author Haruki Murakami’s 2014 collection of short stories Men Without Women. Speaking on his film receiving praise, Hamaguchi told the BBC: “I’m surprised to see my work nominated for the Oscars.”

The three-hour film tells the story of a widowed actor and theatre director Yūsuke Kafuku (Hidetoshi Nishijima) as he navigates his way through painful grief after losing his muse, and wife, Oto Kafuku (Reika Kirishima). Two years after her funeral, Kafuku embarks on a new job directing a production of Anton Chekov’s Uncle Vanya. It’s there where he forms an unlikely friendship with his 20-year-old female chauffeur Misaki Watari (Toko Miura). As the pair begin to talk during his journeys, the pair mourn their loved ones and process grief together.

The Japanese drama received critical praise since its premiere at the 2021 Cannes Film Festival, taking home three awards and also a nomination for the Palme d’Or top prize. But the film flew relatively under the radar having only been screened at independent cinemas when it was released in the UK and U.S. in November 2021.

More like this
Your Guide To Watching 'Everything Everywhere All At Once' In The UK
By El Hunt and Sophie McEvoy
Paul Mescal’s Family Celebrated His Oscar Nomination In The Sweetest Way
By El Hunt
Twitter Is Overjoyed By Angela Bassett’s Record-Making Oscar Nomination
By Maxine Harrison
Yes, You Can Stream ‘To Leslie’ In The UK Now
By Sam Ramsden
Get The Very Best Of Bustle/UK
Sign up for Bustle UK's twice-weekly newsletter, featuring the latest must-watch TV, moving personal stories, and expert advice on the hottest viral buys.