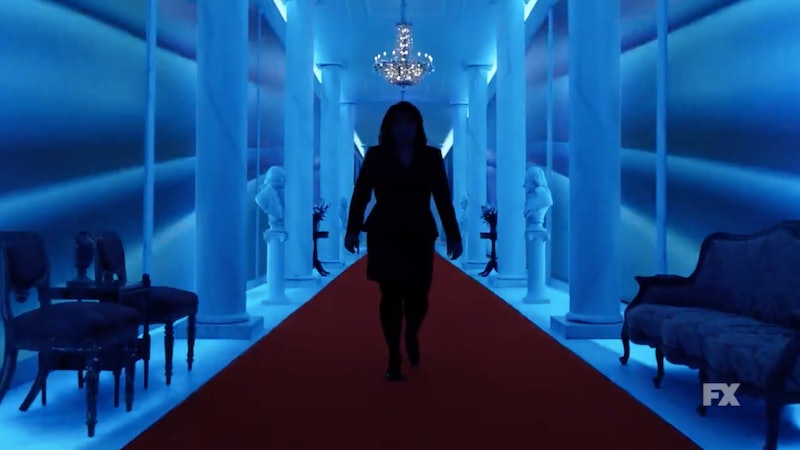 Following the successes of the first and second seasons of American Crime Story, which centred on the O.J Simpson trial and the death of Gianni Versace, respectively, the true crime series is back — this time focusing on a political scandal that lead to the impeachment of America’s 42nd President, Bill Clinton. At the time, Clinton was the second American president to be impeached.

In a sneak peek trailer, Booksmart’s Beanie Feldstein takes on the role of Monica Lewinsky, the White House intern whose relationship with Clinton sparked the impeachment charges against him. “The President kissed me,” Feldstein can be heard saying. “I’m in love with him.”

Felstein (as Lewinsky) is talking to Sarah Paulson’s Linda Tripp, who offers her sage advice. “The blue dress, it would be smart to keep that, uncleaned, in your possession” she says of the garment that became vital evidence. Tripp was Lewinsky’s close confidante whose taped records of their conversations was eventually used in the sexual harassment lawsuit against Clinton. This lawsuit, initiated by Paula Jones, a former Arkansas state employee, eventually led to his impeachment.

Filming for the series began in late 2020, as revealed by Paulson in September last year, and teh series dropped on FX on September 7 for American viewers.

Now, just over a month later, Impeachment has its UK release date: Tuesday, October 19, at 9.15 p.m. on BBC Two. The series will run for ten consecutive weeks and will be available to watch on BBC iPlayer, also.

Lewinsky herself has acted as executive producer on the series. In the years since the Clinton scandal, Lewinsky has spoken publicly about the post traumatic stress she suffered as a result and has become a leading figure in the fight against bullying and cyberbullying.

Her decision to join the production team was one brought about by producer Ryan Murphy. In 2018, he was having second thoughts after successfully obtaining the rights to Jeffrey Toobin’s A Vast Conspiracy: The Real Sex Scandal that Nearly Brought Down a President. Meeting Lewinsky at a party, he told her, “Nobody should tell your story but you, and it's kind of gross if they do. If you want to produce it with me, I would love that; but you should be the producer and you should make all the goddamn money,” he told Hollywood Reporter.

Given the proximity to a key source in the scandal, it’s likely that this season of American Crime Story will replicate the successes of its forebears.