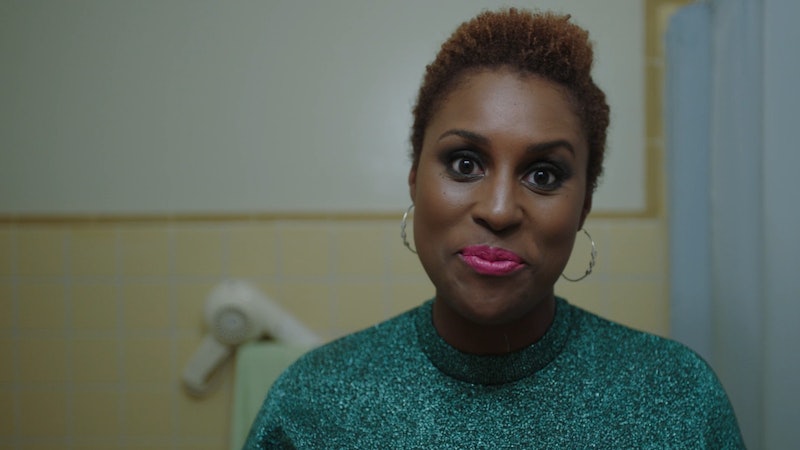 Issa Rae — the actor-slash-screenwriting powerhouse — bid an emotional farewell to her award-winning comedy series Insecure in January this year, revealing that Season 5 would be the final installment. Following the news, HBO announced that the new series — which will continue to follow “the awkward experiences and racy tribulations” of Issa Dee and best friend Molly — will be aired on the platform in October 2021. So if you’ve been a loyal follower of all the previous series, you’ll no doubt be wondering how to watch Insecure S5 in the UK.

It’s hoped Insecure will return to Sky, although it hasn’t yet been confirmed by the broadcaster. UK fans of the series will have noticed that Insecure’s previous seasons are no longer available to watch on Sky and NOW TV, and are now only available to purchase on Amazon Prime UK, Google Play, and Sky Store which suggests that new episodes may have a different UK home this time around.

While there’s still some time to wait before viewers will have their Insecure fix (there’s also no trailer as of yet), Issa Rae, Yvonne Orji, Jay Ellis, Natasha Rothwell, Amanda Seales, and the rest of the stellar cast appear ready for an explosive final season, having wrapped filming this summer.

The previous season saw Issa and best friend Molly (played by Yvonne Orji) finally mend their rift, amongst a lot of other relationship tribulations. It’s not yet said how exactly Season 5 will play out, however as Bustle reports, “the forthcoming episodes will follow the characters as they evaluate past, present, and future relationships in order to smoothly enter the next phase of their lives.”

"Prentice [Penny] and I are so grateful that HBO believed in our show from the beginning and kept faith in us to see our vision through the end,” Rae told Deadline, following the series’ final announcement.

“We always planned to tell this story through five seasons, but we couldn’t have made it this far without the tremendous support of our audience. I feel blessed beyond measure to bring our characters’ stories to an end, on-screen at least.”

Co-created with Larry Wilmore and based on Rae’s online series Awkward Black Girl, Insecure first premiered back in 2016, and the series has earned a Peabody, an Emmy, and several NAACP Image Awards, as well as two Golden Globe nominations.