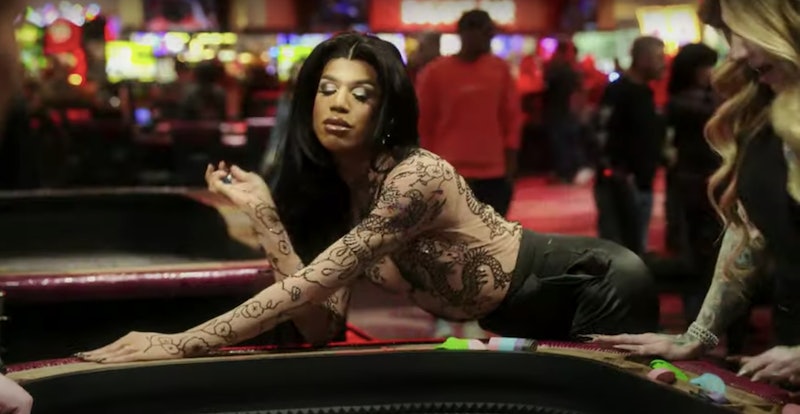 With iterations around the world and more series than you can shake a stick at, RuPaul’s Drag Race isn’t just a show, it’s an international phenomenon. The latest spin-off follows a group of queens as they are tasked with creating a live show for the Las Vegas strip. Called RuPaul's Drag Race: Vegas Revue, the show looks just as glamorous and drama-filled as you'd expect, but can viewers in the UK watch it? Let's find out.

RuPaul and actor and dancer Jamal Sims joined forces to create RuPauls Drag Race Live!, a stage show that opened at the Flamingo Hotel in Las Vegas in January 2020. Sadly, due to the COVID pandemic, the show is currently on hiatus but, lucky for TV fans, RuPaul's Drag Race: Vegas Revue is very much still on. Viewers will be able to watch the journey that the queens went on putting the show together, from its initial inception to opening night. It’s available in the U.S. from August 21 on VH1.

Sadly, there’s currently no confirmation of how to watch the show in the UK. I reached out to producers at VH1 and World of Wonder Productions but am yet to hear if British fans will be able to get their claws into the series.

In each episode of the six-part series, one of the featured queens will be followed as they prepare for the show. Season ten’s Asia O’Hara stars alongside Kameron Michaels, Derrick Berry, Naomi Smalls, Yvie Oddly, and Vanessa 'Vanjie' Mateo.

With a smooch spotted between Miss Vanjie and Kameron Michaels in the series' trailer, viewers already know they're in for a treat. It's going to be just as big and just as gripping as Drag Race but with a live twist.

VH1 has said that "the series gives fans a deeper look into the lives of their favourite queens as they showcase the charisma, uniqueness, nerve, and talent it takes to pull off groundbreaking performances in front of a live audience."