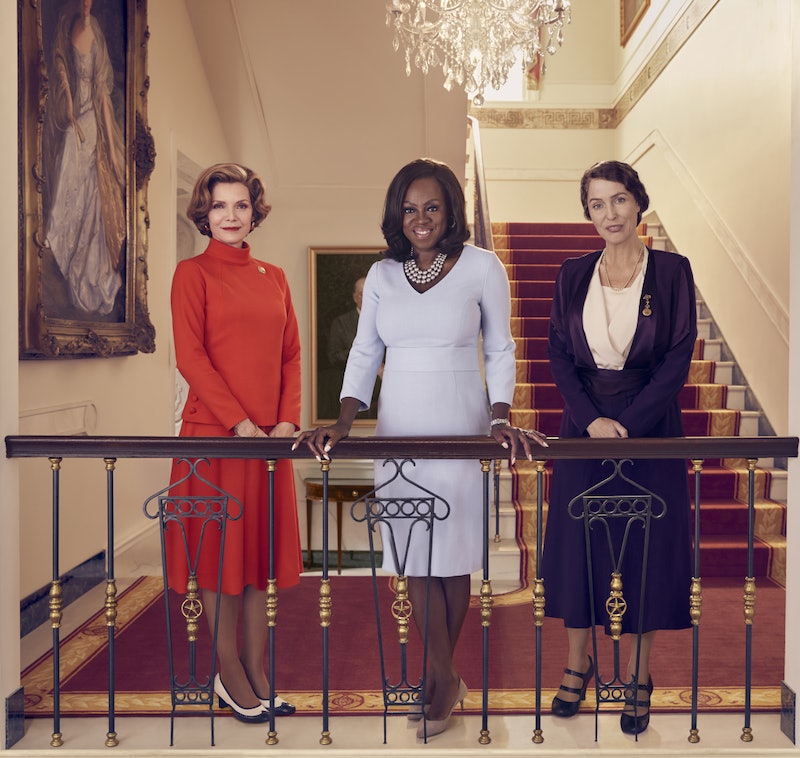 It has been a while coming. Back in Nov. 2021, Showtime gave a sneak-peek of its highly anticipated series The First Lady, and us UK viewers have been waiting ever since. First announced in 2019, the 10-episode series stars Viola Davis as Michelle Obama, Michelle Pfeiffer as Betty Ford, and Gillian Anderson as Eleanor Roosevelt. It will follow their personal and political lives as the three women made history as some of America’s most “charismatic, complex, and dynamic First Ladies,” per the broadcaster’s synopsis. But how can you watch The First Lady in the UK?

As for what you can expect from the series, The First Lady’s showrunner Cathy Schulman described Pfeiffer’s portrayal of Betty as “beautiful, brittle, vulnerable and strong”, with its director Susanne Bier saying there’s “kind of a poetic quality” to the actor. As for Davis, Showtime Entertainment president Jana Winograde said it was a “dream come true” for the actor to play Michelle.

Alongside Davis, Pfeiffer, and Anderson, The First Lady has a star-studded cast including the likes of Kiefer Sutherland (Designated Survivor, The Fugitive) as Franklin D. Roosevelt, Aaron Eckhart (Rabbit Hole, Wander) as Gerald Ford, and O-T Fagbenle (Black Widow, The Handmaid’s Tale) as Barack Obama.

More like this
Twitter Is Burning As Phoebe Dynevor Reveals Daphne’s 'Bridgerton' Exit
By Sophie McEvoy
Turns Out George Clooney Is A Huge Fan Of This Classic British Game Show
By El Hunt
Everything To Know About The 'Daisy Jones & The Six' TV Series
By Maxine Harrison and Brad Witter
This Is When Netflix Is Going To Start Charging You For Sharing Passwords
By Darshita Goyal
Get The Very Best Of Bustle/UK
Sign up for Bustle UK's twice-weekly newsletter, featuring the latest must-watch TV, moving personal stories, and expert advice on the hottest viral buys.

This article was originally published on November 21, 2021