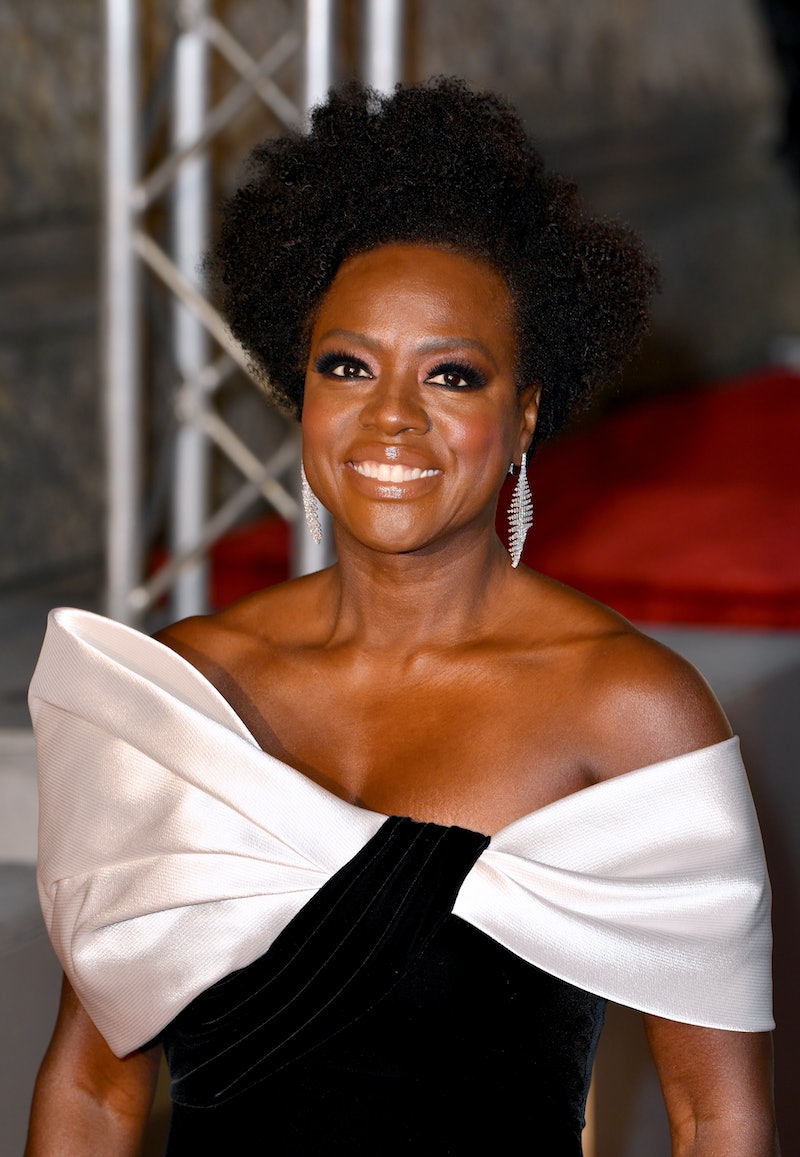 This sounds like the perfect casting. Viola Davis will play Michelle Obama in a new series coming to Showtime, Variety reported on Monday. First Ladies is a one-hour drama that has been given a three-script commitment. The series sounds intriguing and will "peel back the curtain on the personal and political lives of First Ladies from throughout history." Anyone who has followed Davis' career knows she will hit her portrayal of Obama out of the park.

In addition to the first season of First Ladies shining a light on Obama, there will also be portrayals of Eleanor Roosevelt and Betty Ford. No one has been cast for Roosevelt or Ford yet. Per the official description, "First Ladies will turn its lens on the East Wing of the White House, as opposed to the West, where many of history’s most impactful and world changing decisions have been hidden from view, made by America's charismatic, complex and dynamic First Ladies."

Davis couldn't be more honored to play Obama and to bring these particular First Ladies to the forefront. On Aug. 25, she took to social media to share the exciting news and wrote, "Proud to spotlight these brave, extraordinary women!"

Speaking of "extraordinary women," Davis is also a non-writing executive producer for the drama alongside her husband, Julius Tennon via their JuVee Productions banner. The project hails from Cathy Schulman from Welle Entertainment, Jeff Gaspin from Gaspin Media, and Brad Kaplan from LINK Entertainment. Novelist Aaron Cooley will write and executive produce with Showtime and Lionsgate serving as co-producers.

With Davis' role on ABC's How to Get Away With Murder coming to an end after Season 6, she's understandably getting involved in more projects, especially with JuVee. The Oscar winner hopes to produce more inclusive stories that also have diverse casts.

While speaking at Variety's Inclusion Summit in May 2019, the Oscar winner said, "If you look to the past and look at storytelling where there’s a huge deficit in terms of our voice and our presence, that’s not a good place to start." She added, "What we have to fight for, and this is what I’m proud about with JuVee, is autonomy in storytelling and production and all of it. Don’t just tell me that the only way Viola can exist in the story is if a white person is leading the charge and I’m in the background."

With Davis playing Obama (who she clearly admires, as you can see above), she certainly won't be in the background and will have the opportunity to tell the story of a groundbreaking First Lady. Like Obama, Davis has impacted the lives of many and transformed the entertainment industry in historical ways. For example, in September 2015, Davis was the first black woman to win an Emmy for best lead actress in a drama series. She took home the gold statue for her portrayal of Annalise Keating in HTGAWM.

During her memorable Emmy win and speech, Davis said, "The only thing that separates women of color from anyone else is opportunity. You cannot win an Emmy for roles that are simply not there." And now here she is helping to create roles and projects for people of color, along with making more opportunities for herself. Davis is a force to be reckoned with.