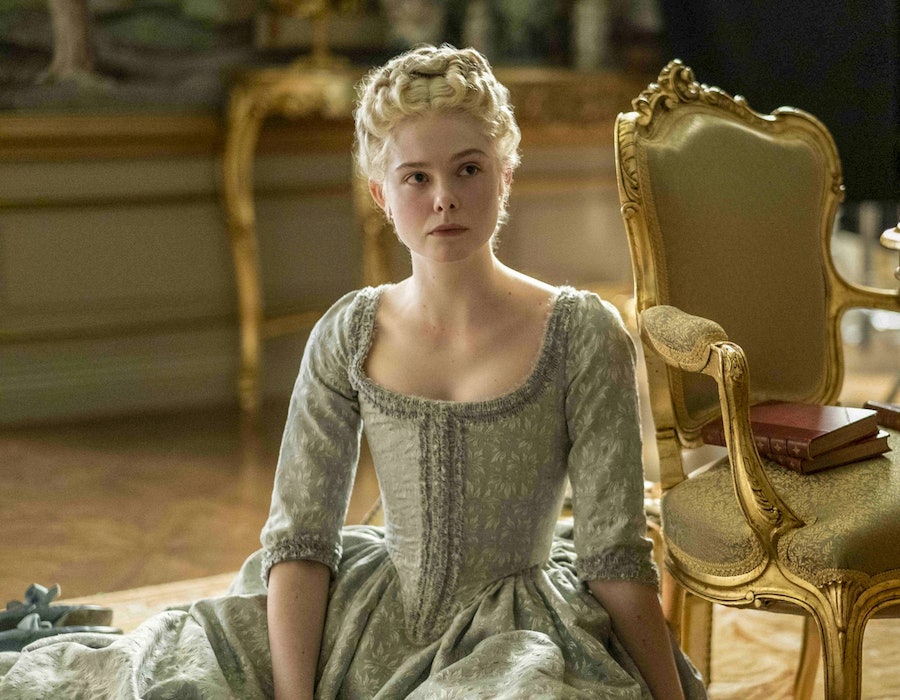 It’s likely that this year you’ll be seeing in 2021 in a bit more of a chilled out way. Great TV and a cup of something festive has been crucial over the last few weeks and that shows no signs of changing anytime soon. If you’re a fan of scandalous period dramas then you’re in luck. Here’s how to watch The Great in the UK. The new Hulu series tells the story of Catherine The Great’s rise to become Russia’s longest ruling female leader and it's one you won't want to miss.

The Great was released on May 15 in the U.S. and if the trailer is anything to go by it looks both dramatic and funny. It’s a mixture of drama in high society with some fabulous wigs — a recipe for success, if ever there was one. UK viewers can watch The Great on Channel 4 on Jan. 3 at 9 p.m and on the channel's catch up service All 4, thereafter.

Creators have noted that The Great is based on fact “sort of.” The first episode will introduce viewers to Elle Fanning as Catherine the Great before she became Empress to Russia. Catherine the Great was a formidable ruler between 1762 to 1796. She was married to Peter of Holstein-Gottorp (played by Nicholas Hoult), the Emperor of Russia. Their marriage was rocky at best with many rumours of affairs and misbehaviour, but Catherine sure had a way of dealing with her enemies. Just six months into his reign, she organised for his opponents to overthrow him. She then began 34 years in charge.

In the magnificent palace that Catherine calls home, are servants who do her bidding and meddle in her business (and that of the country's) including Marial, played by Phoebe Fox, who has a hand in the Emperor’s undoing . The setting and costumes for this series may look whimsical but the drama that lays beneath will have you gripped.

Fans of Hoult will be used to seeing him flouncing around in a wig after his part in The Favourite. The Great isn’t the first time Fanning and Hoult have worked alongside each other as a married couple. They also starred in Jake Paltrow’s The Young Ones together.

In an interview with Refinery29 about the series and her role, Fanning said: “I’m obviously a young woman. I felt a lot like Catherine, honestly. The whole series is about her finding her strength and her power, and learning how to use them. She doesn’t always use it in the right way, she makes mistakes, which is what’s intriguing to me about her. And she has a bit of arrogance and an ego, which I really love. She doesn’t apologise for it, which is a nice thing to see on screen.”

More like this
Claire Foy Spoke Out About 'The Crown's Gender Pay Gap
By Sam Ramsden
'Bridgerton' S3 Will Show A *Very* Different Side To Kanthony
By Sam Ramsden
Twitter Is Burning As Phoebe Dynevor Reveals Daphne’s 'Bridgerton' Exit
By Sophie McEvoy
Helena Bonham Carter Doesn't Think 'The Crown' “Should Carry On"
By Sam Ramsden
Get The Very Best Of Bustle/UK
Sign up for Bustle UK's twice-weekly newsletter, featuring the latest must-watch TV, moving personal stories, and expert advice on the hottest viral buys.

This article was originally published on May 26, 2020