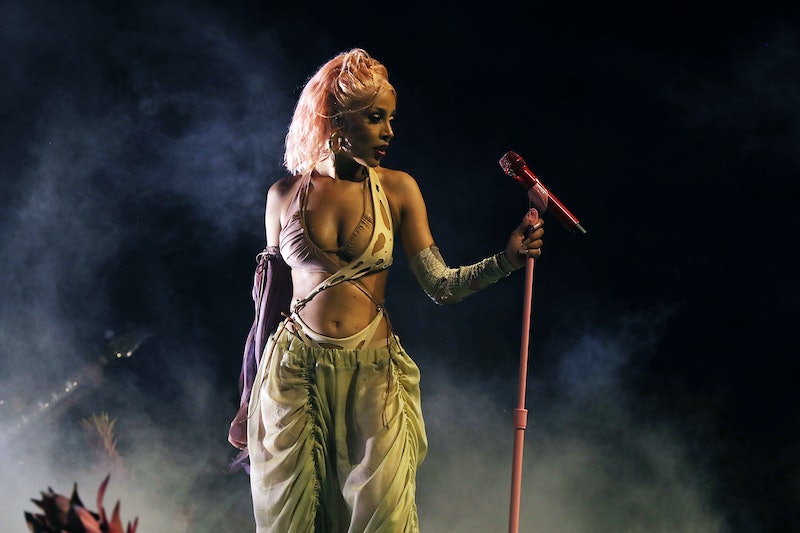 The 2021 MTV Video Music Awards (VMAs) take place on Sunday, Sept. 12 at 8p.m. New York Time, which means they’ll air in the UK at 1am GMT on Monday, Sept. 13. The show lasts three hours until 4am, so if you’re staying up to watch you might want to schedule in a strategic nap. Though viewers in the U.S have many more options as to where to watch the show, those living in the U.K will still be able to tune in via MTV or MTV.com.

MTV is available to watch on Sky 126 or Virgin 134, but if you don’t have access to standard TV channels, then you can catch all the action on MTV.com.

If you’re a NOW TV subscriber, MTV is also available with the Entertainment Pass, which costs £9.99 after an initial seven-day trial and will get you access to a whole lot more than just MTV if you’re looking to weigh up costs and benefits.

Pop sensation Doja Cat will be hosting this year’s award show. While it’ll be her first time presiding over the awards, it’s by no means the first time she’s attended, having previously performed her hit songs “Like That” and “Say So” at the 2020 VMAs.

Fans were looking forward to seeing Lorde perform at the show, after the release of her third album Solar Power, but she pulled out of the performance last week. The official VMAs Twitter account wrote: “Due to a change in production elements, Lorde can no longer perform at this year’s show. We love Lorde and cannot wait for her to perform on the VMA stage in the future.”

This year’s VMAs will return in-person to the Barclays Center in New York City, after last year’s awards had to be virtual due to Covid-19.

More like this
Everything To Know About Taylor Swift’s 10th Studio Album, 'Midnights'
By Grace Wehniainen and Jake Viswanath
Craig David Is Still Slicker Than Your Average
By Olivia-Anne Cleary
Ed Sheeran’s Surprise Gig Included An Iconic Britney Spears Tribute
By Bustle Editors and Darshita Goyal
The Spice Girls Just Dropped A Brand New Music Video
By Sam Ramsden
Get The Very Best Of Bustle/UK