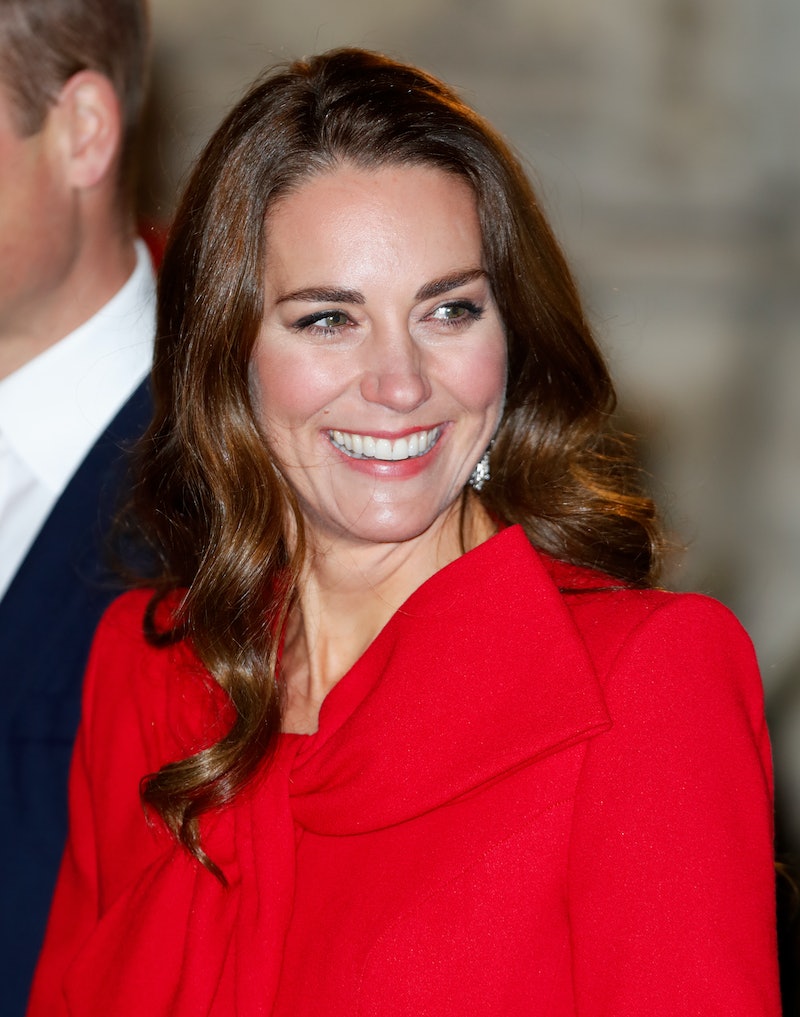 The Duchess of Cambridge is preparing to celebrate her 40th birthday on Jan. 9, a milestone that would have many people planning a celebration or a trip away. But despite being one of the most photographed women in the world, Kate Middleton tends to enjoy spending her birthday with her nearest and dearest, and it looks like this year will be no different.

The family of five celebrated Christmas at the family’s country home, Anmer House in Norfolk, in 2021 after the Queen cancelled Christmas at Sandringham House, amid growing Omicron concerns. Whilst it is not known exactly where William and Kate will celebrate, the Duke and Duchess are expected to pick the same venue for Kate’s upcoming milestone birthday, opting for a scaled back celebration for the same reason. It’s been suggested that Kate likely won’t be having a big party in honour of her milestone birthday given the “current climate”, instead choosing to do something “low key” with close family and friends.

“I think the same will apply to Kate’s birthday as it does to Christmas – it will be low key and it will be focused entirely on the family,” royal author Duncan Larcombe told OK! Magazine.

Long before Kate and William got married and had children, it wasn’t uncommon for Prince William to whisk Kate away for her January birthday, often to the ski slopes but sometimes even to the Caribbean. However, the Duke and Duchess “are not the sort to go away to celebrate on their own and leave the kids at home,” Larcombe added.

“Kate’s not into big birthday celebrations,” a source told Vanity Fair, “but [Prince] George and [Princess] Charlotte adore birthday cake” (don’t we all!), so despite a potentially low-key celebration, there's no doubt the Cambridges will be joined by their three young children to celebrate four decades with her immediate family and their favourite sweet treats.

Kate kept her last milestone birthday, her 30th birthday, simple and low key, too. It was her first birthday since the royal wedding, and it was almost impossible to go out without attracting the attention of the press, so the newlyweds invited some friends to Kensington Palace to celebrate instead. “[She] had a quiet gathering with family and friends on Monday evening,” a palace aide said at the time. “The dinner was held within private quarters at one of the properties situated by their home at Kensington Palace.”

Given the past few years, and spending her last birthday away from family, it’s likely the “low key” celebrations will include a mixture of close royal family and Middleton family members, including Kate’s younger siblings Pippa, who welcomed a second child and Kate’s namesake last year, and James, who secretly wed fiancée Alizée Thevene in France in September. It’s not known whether Prince Harry and Meghan Markle will be returning to the UK any time soon.

Whilst Kate might not always make a big deal out of her own birthday, she has previously revealed a very sweet tradition for her children’s big days, baking the children’s birthday cakes every year. “It’s become a bit of a tradition that I stay up ’til midnight with ridiculous amounts of cake mix and icing and I make far too much. But I love it,” the Duchess admitted on Dame Mary Berry’s BBC Christmas Special A Berry Royal Christmas.

Traditionally, Kate releases photographs to mark the birthdays of her children, too, as well as an image of the Cambridge family for their annual Christmas card. As a senior royal (and potential future queen) fans might be treated to a new portrait of the Duchess to mark her 40th birthday milestone this year.

More like this
Kate Middleton Wore The Ultimate '90s Power Suit
By Sam Ramsden
Princess Diana’s Brother Shared A New Photo Connected To Her Childhood
By Darshita Goyal
Helena Bonham Carter Doesn't Think 'The Crown' “Should Carry On"
By Sam Ramsden
The Spice Girls Are Set To Reunite At King Charles III’s Coronation
By Sam Ramsden
Get The Very Best Of Bustle/UK
Sign up for Bustle UK's twice-weekly newsletter, featuring the latest must-watch TV, moving personal stories, and expert advice on the hottest viral buys.