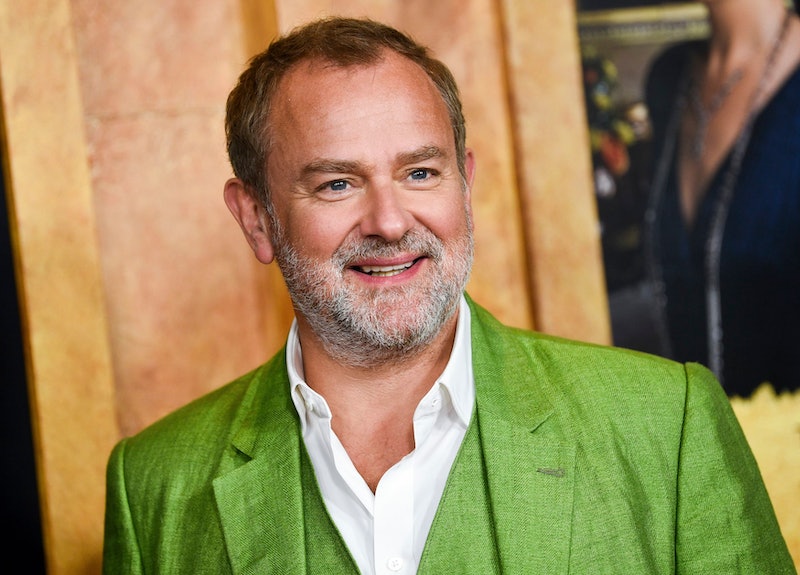 At test centres and vaccination hubs across the UK, thousands of volunteers have signed up to help with the administration of the much-needed jab to local residents. But one vaccine hub in West Sussex has caused more conversation than others, as many residents have come to realise one of the vaccine marshals is actually Hugh Bonneville.

The Downton Abbey and Paddington star is a regular volunteer at the Midhurst Pharmacy vaccination hub, where he greets and directs people into the centre to get their jab. "For some people, it's the first time they've been out of the house in, you know, a year," the actor told BBC News. "We've had people who've really been grateful for the outing as much as anything, and this sense of a glimmer of hope, so it's great to be part of this team effort." Bonneville recently shared on Instagram that he got the first dose of the vaccine as well.

His cheerful demeanour immediately lightens the mood for residents, as do the rest of the marshalling team. "We give them a bit of fun, a bit of humour to relax them before they go into the hall and they come out with a spring in their step so it's brilliant," head vaccine marshal David Marshall said.

The reactions to Bonneville's presence from the locals are also priceless. One didn't recognise the actor because it was "too early in the morning," while another said Bonneville looked like a cowboy due to his unconventional choice of headgear, and another wasn't as hyped, quietly telling the Beeb that she didn't like Downton.

"You can set up a thousand of these [hubs] but it's the volunteers, it's the people who work in there that actually stand it up," staff member Raj Rohilla said. "Without them, it wouldn't work at all."

With all this experience behind him now, Bonneville could definitely expand his marshalling portfolio. "I could do valet parking now I reckon," the actor said.