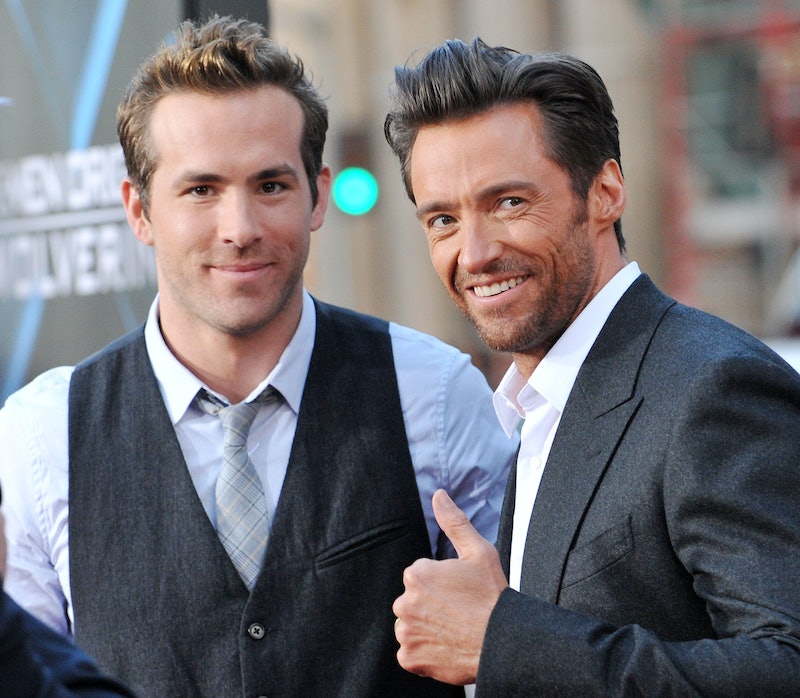 He may be known for hilariously trolling his wife on social media, but Ryan Reynolds also has a worthy adversary in longtime pal Hugh Jackman. In a Thursday, Sept. 23 Instagram post, Jackman praised Reynolds’ wife, Blake Lively and her “new fizzy drink” business venture, Betty Buzz. Naturally, the Australian actor also took the opportunity to fuel their longtime faux feud, getting in a playful dig at his X-Men Origins: Wolverine co-star.

“We love every flavor; some of us even like it with a little nip added,” Jackman said of the non-alcoholic mixers in a congratulatory video. “But more importantly, we love the woman who created it, Blake Lively. You are a one-of-a-kind, Blake. You are just fun, you are creative, you are sunshine seven days a week, and you’re a saint for marrying that man. Sorry, not sorry.”

Reynold’s took the jab in stride, though, joking in a comment, “This wasn’t part of the deal when I bought this video on Cameo.” Meanwhile, Lively got in on the fun and roasted her husband in a reply, quipping that “we can all agree” that Reynolds’ “best trait” is the two of them, as well as shouted out Jackman’s wife, Deborra-Lee Furness.

Of course this is nothing new, as Jackman and Reynolds’ friendship dates back to their first meeting on set of 2009’s X-Men Origins: Wolverine. “It’s gone back so long now… God, this is a classic sign where your feud has gone too long, where you don’t even know why or how it started!” Jackman said to The Daily Beast last April. “I used to ream him because I was very close friends with Scarlett [Johansson], and Scarlett had just married Ryan, so when he came on set I was like, Hey, you better be on your best behavior here, pal, because I’m watching, and we started ribbing each other that way, and then it all escalated with the Deadpool thing and him calling me out, and trying to manipulate me through social media to do what he wanted.”

Reynolds, for his part, had also previously addressed the nature of their friendship on The Ellen DeGeneres Show in December 2018 while discussing whether their Deadpool and Wolverine characters would ever share screen time again down the road. After confessing he’d “love to do a Deadpool/Wolverine mashup at some point,” Reynolds joked that his fellow actor is “on this kick ball change kick right now,” and he couldn’t “seem to bring him back to the violence and mayhem” of the Marvel Cinematic Universe.

“I’m trying. I talk to him every other day. Every other, other day he takes the call,” he cracked. “But yeah, no, it’s not really a rivalry. It’s war.”

Other antics through the past decade-plus have included some NSFW birthday messages, fake political campaign videos, impersonations of each other, as well as countless other talk show jabs. Lucky for comedy lovers, their so-called social media feud still shows no signs of slowing down anytime soon, either.

More like this
Vanessa Hudgens Is Reportedly Engaged To Cole Tucker
By Jake Viswanath
Reese Witherspoon Confirms This Fan Favorite Will Return For 'Legally Blonde 3'
By Jake Viswanath
Alicia Silverstone Revives Her 'Clueless' Character In This Super Bowl Commercial
By Jake Viswanath
How Andrea Riseborough Got Nominated — & Almost Disqualified For An Oscar
By Jake Viswanath
Get Even More From Bustle — Sign Up For The Newsletter
From hair trends to relationship advice, our daily newsletter has everything you need to sound like a person who’s on TikTok, even if you aren’t.