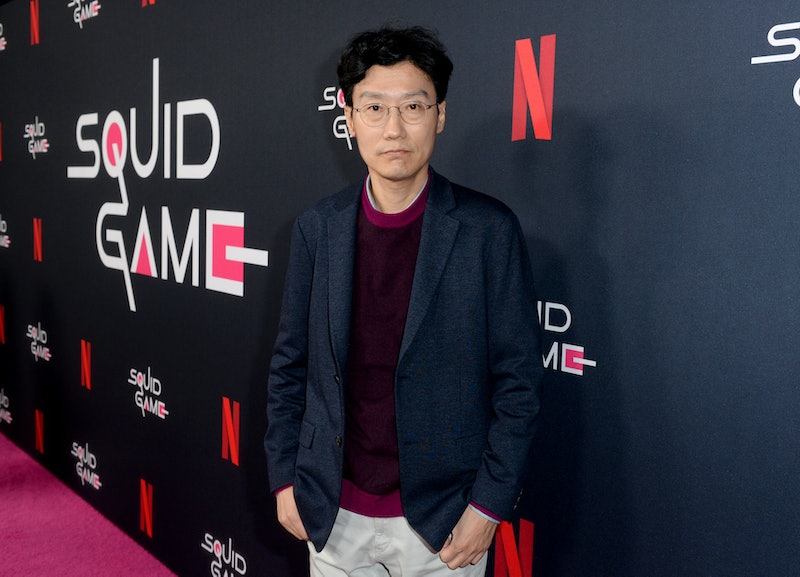 Squid Game has quickly become Netflix’s most-watched series to date, reaching over 142 million households in 94 countries since its Sept. 17 release. Created, written, and directed by Hwang Dong-hyuk, the thrilling survival drama follows 456 individuals in deep financial debt who compete in a series of life-threatening games in hopes of winning a ₩45.6 billion prize. The series’ popularity prompted countless fan requests for a Season 2 — especially since Season 1 ends on a major cliffhanger, with player Seong Gi-hun (Lee Jung-jae) opting not to board a plane to see his daughter and instead returning to the competition that nearly killed him. But in a new interview with Entertainment Weekly, Dong-hyuk said the ending of Squid Game was almost drastically different.

“We actually wrestled between two different scenarios for the ending. There was one, the other alternate ending, where Gi-hun would get on the plane and leave. And then there was of course the one where he would turn back and walk towards the camera,” he told EW. “We constantly asked ourselves, is it really right for Gi-hun to make the decision to leave and go see his family, to pursue his own happiness? Is that the right way for us to really propose the question or the message that we wanted to convey through the series?”

Eventually, Dong-hyuk realized the question he wanted to pose to viewers required a different ending and decided to close out the finale with a cliffhanger. “The question that we want to answer — why has the world come to what it is now? — can only be answered or can only be proposed if Gi-hun turned back and walked towards the camera,” he added. “So that's how we ended up with that ending in the finale.”

The series’ open-ended conclusion inspired fans to campaign for more Squid Game, and while Netflix hasn’t officially ordered a Season 2 yet, Dong-hyuk has confirmed it’s in the works. “There’s been so much pressure, so much demand, and so much love for a second season. So I almost feel like you leave us no choice!” he told the Associated Press on Nov. 9. “But I will say there will indeed be a second season. It’s in my head right now. I’m in the planning process currently.”

He stopped short of teasing a timeline for its release but offered an elusive plot detail: “I do think it’s too early to say when and how that’s going to happen, so I will promise you this — Gi-hun will come back. He will do something for the world.”

Furthermore, Dong-hyuk told EW he’s seen fan theories of potential Season 2 plotlines but said they likely wouldn’t influence his own writing. “If there were to be a second season, I think I am going to stick to the basic storyline that I have in mind. And I can only hope that it will not only meet the fans' expectations, but go beyond that,” he told the publication. “Their expectations are truly immense and very diverse, so I think it's going to be very difficult to pinpoint exactly what the fans want.”

The creator also spoke about how the fanfare surrounding Squid Game has impacted the rest of his work. “I would say that the success of Squid Game has brought me an amazing opportunity, but at the same time a huge amount of pressure,” he explained. “So seeing how much the world is really fascinated and interested in Squid Game, it definitely makes me want to really try hard to continue to create something that's going to pick at the issues of modern day and some of the social issues that we are going to see in the near future in a way that's much like Squid Game, where it's entertaining, intriguing, satirical, and refreshing at the same time.”