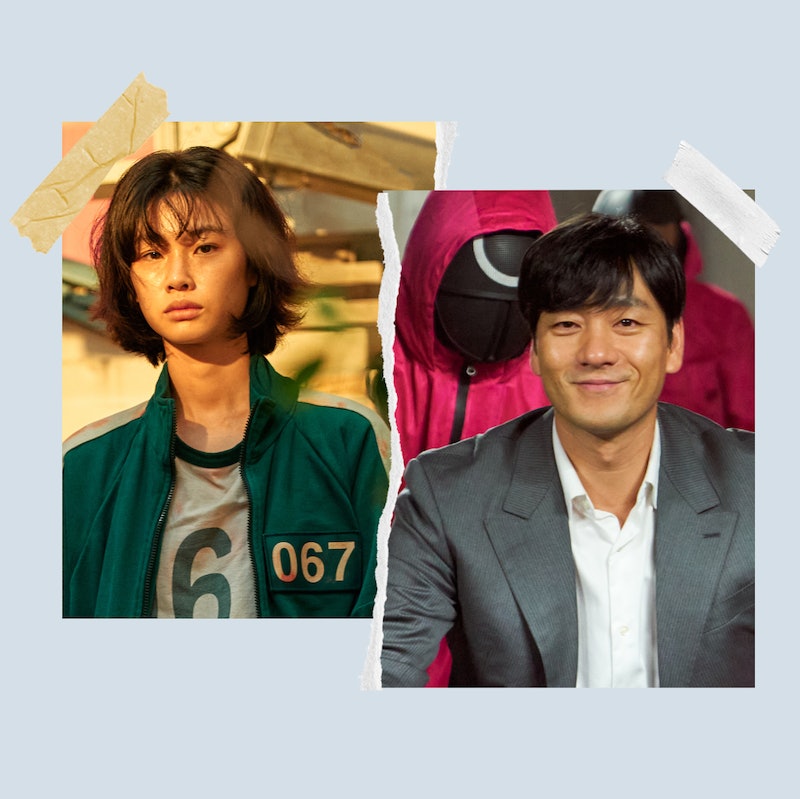 With only nine episodes out now and no Season 2 promised (yet heavily discussed), fans of Squid Game are scrambling to find more things to watch after making Squid Game the most popular series in Netflix history. There are TV shows and movies similar in tone that are worth checking out, but Squid Game lovers are also craving to find out where else they can watch the show’s stars.

Most of the cast members of Squid Game have filmographies that include a wide array of TV and movies. Each actor comes to the show with different experiences in and out of acting, and for those who just can’t get enough of these now-Instagram famous faces, read on below to discover what may soon become some new favorites to tell your friends about.

In Squid Game, Lee Jung-Jae portrays a desperate man who takes drastic measures to help mend his relationships with his family. Previously, throughout his decades as a star in South Korea, he has tackled every genre of film and TV, and he’s even found work as a high fashion model. Here are two past roles worth checking out.

Lee landed his big break with An Affair, a film in which he plays a young man who ends up in a love triangle with a woman and her older, married sister. The 1998 movie helped catapult him to bigger things.

Find where to watch An Affair on JustWatch.

City of the Rising Sun

Lee proved his talent once again in City of the Rising Sun, a character study of two men who hurt one another but find a way to forgive and reunite in the end. For his role as a crook, Lee collected several prestigious acting awards.

Learn more about City of the Rising Sun on IMDB.

Believe it or not, Squid Game marks the first acting gig of any kind for Jung Ho-Yeon. Before being cast on the Netflix breakout hit, she was a highly successful model, which isn’t too hard to believe, as she does have a rather striking look to her. Jung got her start in Korea’s Next Top Model, and she actually appeared in several seasons, finishing second in Season 4. During her time as a model, Jung has walked in runways for Marc Jacobs, Louis Vuitton, Max Mara, Fendi and Opening Ceremony, and she has appeared in spreads in magazines like Harper's Bazaar, Love, and W.

After a few years rising the ranks in various movies and TV shows in South Korea, Wi Ha-Jun scored a major break when he co-starred in Gonjiam: Haunted Asylum, a found footage horror film. The title was an immediate success in his home country, and in 2018, it became the third-most-watched South Korean horror film.

Find where to watch Gonjiam: Haunted Asylum on JustWatch.

Wi may play a good guy in Squid Game, but he’s not always the hero of every production he’s a part of. Just a few months before he starred as the Squid Game police officer who infiltrates the dangerous series of children’s games to find his brother, his movie Midnight came out and showed another side to the actor. The film centers on a story between a serial killer and a deaf woman he’s stalking, with Wi starring as the evildoer.

Find where to watch Midnight on JustWatch.

Lee Yoo-Mi got her start in acting when she was just 16, playing the daughter of a main character in The Yellow Sea, but it would be a decade before she secured the role that has become a must-see in her filmography, aside from Squid Game, that is. In Young Adult Matters, Lee portrays a high school student, Sejin, who becomes pregnant. She is quickly ostracized by her family and classmates, and she struggles with the decision of whether or not to keep her baby.

Find where to watch Young Adult Matters on JustWatch.

For years now, Indian actor Anupam Tripathi has worked in the South Korean film and TV industry, often portraying migrant workers from places like India, the Arab world and Pakistan, as he does in Squid Game. He’s taken on these similar roles in titles like Miss & Mrs. Cops, Heart Blackened, and Luck-Key. Squid Game marks his first starring performance, and it will hopefully be the first of many for the talented artist.

Memories of a Murder

In Squid Game, Kim Joo-Ryoung’s character is truly crazy, and this may prove to be the project that turns her into a superstar in South Korea. Before the Netflix series premiered, Kim’s most high-profile appearance was in Memories of a Murder, the second film from acclaimed Parasite director and writer Bong Joon Ho. The title is known as one of the greatest South Korean movies of all time, and it was one of the earliest successes from the future Oscar winner.

Find where to watch Memories of a Murder on JustWatch.

The Age of Shadows

Five years ago, Heo Sung-Tae starred in The Age Of Shadows as Ha Il-Soo, and it almost became his first project to be nominated for an Academy Award. The title was submitted as South Korea’s selection for Best International Film, but didn’t end up as one of the five possible winners. Nevertheless, the period thriller still became a huge success for the actor and brought his career to new heights.

Find where to watch The Age of Shadows on JustWatch.

Earlier this year, before Heo brought his gritty and tough nature to Squid Game, he lent his talents to the TV series Beyond Evil. The program focuses on two police officers who work together to track down a serial killer, and from the moment it begins, everyone is a suspect.

Find where to watch Beyond Evil on JustWatch.

One of the highest-rated Korean series on cable television history, Prison Playbook gave Park Hae-Soo his first lead role. In the show, he plays the bad guy you root for, after his character goes to prison for assaulting someone who was sexually assaulting his sister. The program focuses on his time in jail, his relationship with the other convicts and even the guards who watch over them, and it was a must-see in the country.

Find where to watch Prison Playbook on JustWatch.

A little over a year before Squid Game arrived, Park worked on another project that highlighted what people will do when they are desperate. The actor co-starred in the dystopian film Time to Hunt, which sees the man pull off a heist with some friends, only to quickly realize they are being hunted.

Find where to watch Time to Hunt on JustWatch.

The elder statesman of Squid Game, O Yeong-su has a lengthy and storied resume that proves he’s one of the finest actors in South Korea today. Unlike almost all of his co-stars in the violent series, he is primarily known for his work in the theater, and according to the actor himself, he’s appeared in more than 200 plays through the decades. In addition to portraying countless monk characters — something he’s been known to pull off especially well — O has also taken on some of the greatest stories written for the stage from Western playwrights, such as Shakespeare (The Tempest), Goethe (Faust), and Tennessee Williams (A Streetcar Named Desire).

Squid Game is the brainchild of one man, who came up with the concept and then wrote and directed the entire ministries. Hwang Dong-hyuk was already respected in South Korea before Squid Game, but now he must be one of the most in-demand writers in the world, with countless offers coming his way.

Included in Hwang’s filmography are beloved drama films like My Father and The Fortress, both of which proved he had immense talent and boundless creativity. The writer and director has already stated that after putting in an incredible amount of work into the nine episodes that comprise Squid Game, he’s ready to go back to movies, though the future of Squid Game is still up in the air.

READ NEXT: What To Know About ‘Squid Game’ Season 2