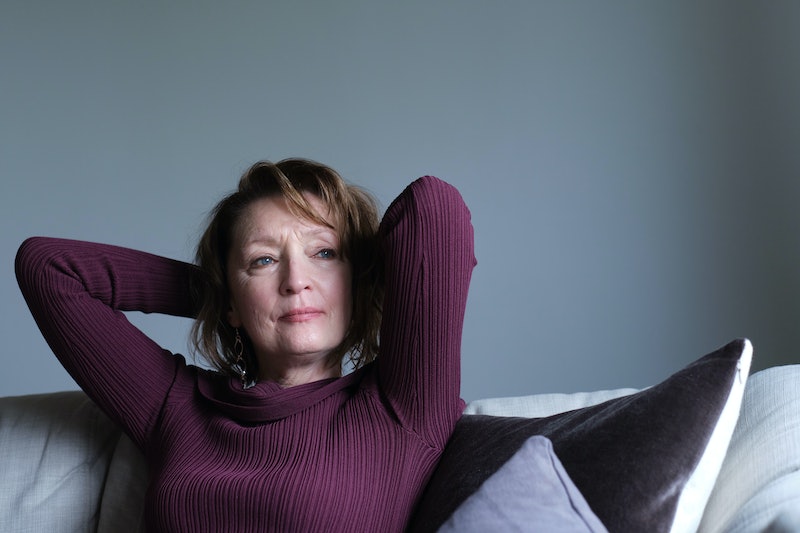 Starring Oscar-nominated actor Lesley Manville, the final episode of the BAFTA award-winning anthology series I Am airs on Channel 4 this month (Aug 19). Created, written, and directed by Dominic Savage, the female-fronted series (also starring Suranne Jones and Letitia Wright), explores the experience of three women in moments that are emotionally raw, thought-provoking, and personal in three standalone episodes.

Following the first instalment, I Am Victoria, and the second, I Am Danielle, I Am Maria follows the story of a woman who is discontented with her marriage, and at a crossroads in life. Her 60th birthday sees Maria longing for change, liberation and happiness. While the episode explores themes that may be relatable for many viewers, is I Am Maria based on a true story?

Lesley Manville (Phantom Thread, Topsy Turvy, Mum) takes the leading role of Maria, and much like the leading stars of the previous two episodes, she had a hand in writing the emotionally raw story, and performed the role without the help of a script.

While actor Lesley Manville said she hasn’t been through the same issues as her character, she acknowledged she can relate to some of the film's main themes.

“I haven’t been through what Maria goes through, but I have been through lots of other emotions in my life, some wonderful and some painful, like everybody has. We have good pain, bad pain, grief loss, and sadness,” the actor explained in a statement to Channel 4.

Manville stars opposite Michael Gould, who plays her husband, and Gershwyn Eustache Jnr, who plays a love interest.

Throughout, I Am Maria explores thought-provoking, universal issues of identity, doubt, and, as the synopsis explains, “the painful cracks that can slowly form in lifelong relationships.”

“I would say that at its core the film examines a woman’s right, a person’s right to live their life as they want to,” Manville added. “To explore their own thoughts, feelings, and their own journey.”

While I Am Maria is not based on a specific true story, Manville said it was a “real treat” to act out an important portrayal of women over the age of 50.

“I’ve never done anything like this,” she said. “We’re telling an important story about a generation of women, or an age of women who no longer have to do what is expected of them, and you are allowed to be over 50 and free and sexy and naughty and funny.”

She added: “You’re allowed to be those things, and you can go off and be them until you heart is content.”

More like this
ITV's 'Maternal' Was Inspired By A Very Simple – & Unanswerable – Question
By Maxine Harrison
'Happy Valley' Recreated This Moment From S1 In Its Penultimate Episode
By Sophie McEvoy
Helena Bonham Carter Doesn't Think 'The Crown' “Should Carry On"
By Sam Ramsden
'The Last Of Us' Has Officially Been Renewed For Season 2
By Darshita Goyal
Get The Very Best Of Bustle/UK
Sign up for Bustle UK's twice-weekly newsletter, featuring the latest must-watch TV, moving personal stories, and expert advice on the hottest viral buys.