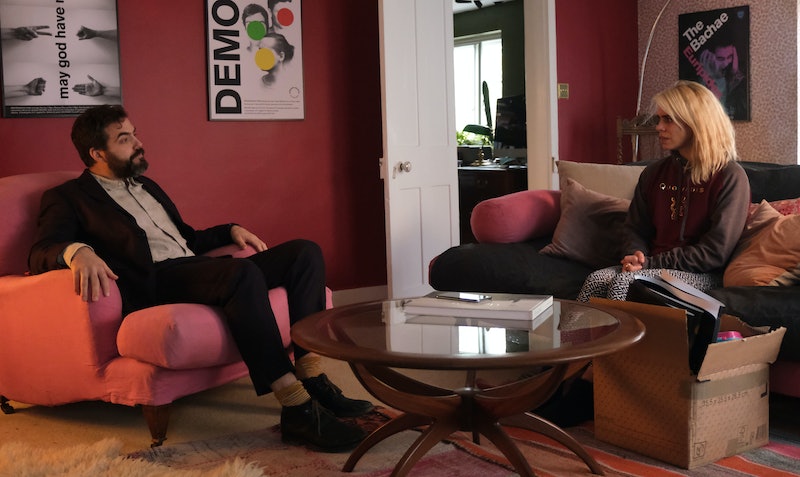 Just like that, we have yet another series to become utterly obsessed with. Sky Atlantic's newly released series I Hate Suzie sees a "terrible mum, terrible wife, and slightly above-average actress"' have her life upended when her nudes are lacked — a modern scandal we're all familiar with. The comedy-drama stars Billie Piper as the lead character, Suzie Pickles, but who is the actor that plays Cob, Suzie's (humiliated) husband in I Hate Suzie?

Daniel Ings is a name and face you may already be familiar with. The 34-year-old actor is best known for his role as the lewd but lovable Luke Curran in Netflix comedy Lovesick. Then there was Ing's controversial role as Prince Philip's right-hand-man, Commander Mike Parker in The Crown. For long-term Crown fans, many will remember season two where the show held a spotlight on Parker's messy divorce — and let's just say, the Parker family weren't too pleased with Ing's depiction.

Ing is certainly no stranger to popular British drama series. Some eagle-eyed viewers may have spotted the actor in Sex Education as one of Dr. Jean's (Gillian Anderson) sex conquests in the iconic yellow robe.

For Ings, who admitted to the Independent that he normally plays "the posh shagger," his character in I Hate Suzie is a slight change of pace. Ings' character Cob quickly learns that Suzie has been fooling around with another man as the whole world looks on – but that doesn't mean he's someone you'll feel sorry for.

Speaking to the Evening Standard, Ings said, “If I’m being honest, there’s elements of Cob that I related to, when I’ve not been at my best." He added: "I really try to get to grips with that toxic male attitude at trying to be a dominant force and the need to be a provider and the need to exert control, so I let that rage flag fly. I was interested to go to those dark places.”

I Hate Suzie starts on Sky Atlantic on August 27, and all eight episodes will be available to stream on NowTV.