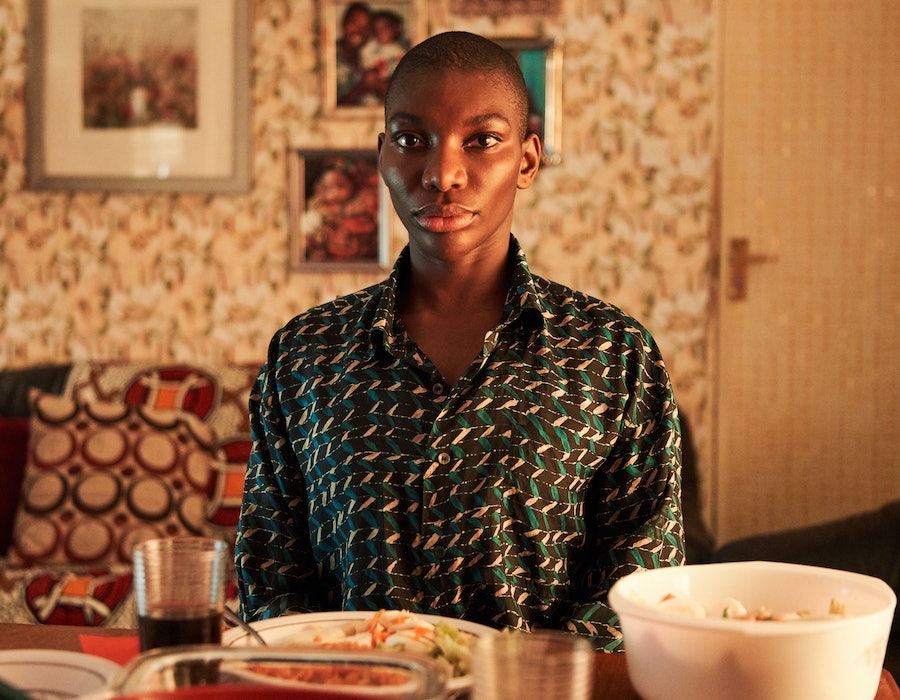 At the table, the daughter’s posture mirrors her father's sitting opposite – she's in her late 20s, but feels seven years old again. He has just showed up late for her mother’s birthday dinner, but at least he showed up this time. It reminds her of evenings spent waiting hours past her bedtime for her dad to arrive. As always, the air is filled with tired, misplaced hope, and ultimately disappointment.

This scene, in episode 10 of Michaela Coel’s masterpiece I May Destroy You, speaks to those of us who grew up in a similarly destabilising domestic environment. Alongside complex storylines addressing issues of consent and race in the series, Coel also navigates familial relationships and the way we idealise absent parents.

We know nothing about Arabella’s parents up until this point, but it makes perfect sense to introduce them after her therapy visit in the previous episode. The therapist tells her: “It’s worth exploring the possibility you have an idea of a self, and then there’s a line. Dangerous things, dark things, anything that contradicts or threatens your perceived reality go there.” Arabella equates this with putting past traumas she's not ready to deal with under her proverbial bed, which the therapist explains is a coping mechanism to deflect difficult emotions.

The viewer then sees this theory applied to her relationship with her father, providing further insight into the way trauma manifests in her character and dictates the way she perceives the world, and judges those around her. Idealising her father seems to be the only way she can excuse his emotional and physical absence. It's a dynamic that draws on Coel's own experience. In E. Alex Jung’s profile for Vulture, the writer details Coel's creative process, during which she realised she was “still holding on to the hurt of her father’s absence during her childhood”.

A flashback to a young Arabella, waiting for her dad to take her to McDonald’s, is particularly poignant. While her brother has more realistic expectations of their father, Arabella waits tirelessly, refusing to give up on him. The heartbreaking part is that sometimes he does show up, with cold chips in hand, making everything that much more complex. It's an exploration of the manifestation and root cause of internalised guilt, self-blame, and the lengths we’re sometimes willing to go to excuse abusive behaviour, in order to receive a morsel of validation from a loved one.

Back to the birthday dinner, when her father retells his version of a robbery, holding a young Arabella accountable, because she used to climb into the house through the kitchen window. The reality is that he refused to cut his daughter a key, keeping her at arms length from his life away from the family. This flashback only serves to further highlight his evasion of parental responsibility, and the lasting impact of this on Arabella.

For the first time, post-therapy, Arabella is able to see her father for who he is – things are no longer black and white, good and bad, right and wrong, but rather shades of grey. Coel allows us to realise that the key to processing dysfunctional family relationships, and breaking the traumatic cycle, is to recognise the whole, multi-faceted picture. Arabella enters the liminal space where she can do this, thus moving towards understanding her trauma and gaining control of her own reality.

The name of the episode neatly summarises this lesson: 'The Cause the Cure'. In facing up to the cause of her familial trauma, deconstructing her idealised father figure for a truer representation, and rebuilding this relationship, Arabella is able to better understand her self, and move through a crucial part of her healing journey in adulthood. For those who can empathise, there's something we can all take from this episode.