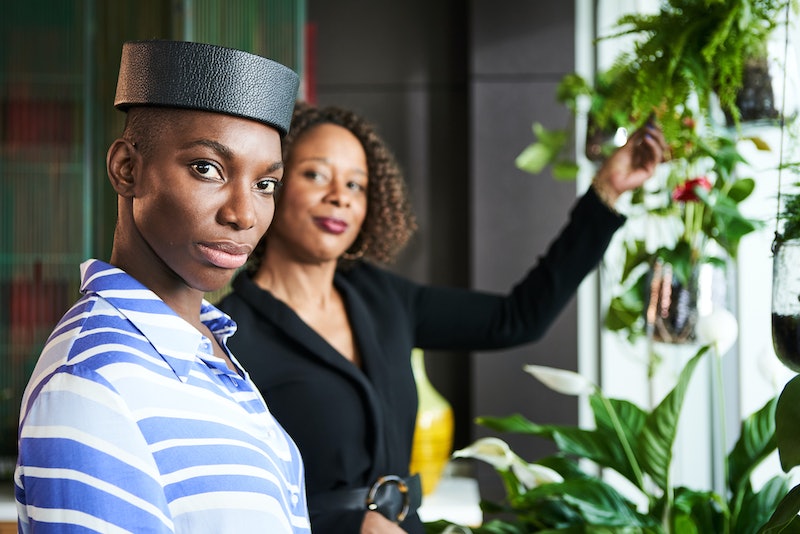 It’s worth asking, now that the penultimate episode of Michaela Coel’s I May Destroy You has aired, what the show is about. What started as an exploration of modern sex and consent has at other times zeroed in on the duties and limits of friendships, particularly those set against the backdrop of atomistic city lives. It’s been about the reality of recovery as something glacial, nonlinear, and occasionally ugly; it’s been about the genuine pursuit and expensive theater of self-care. But even as I May Destroy You wraps up, it grows new and searching tentacles. In this most recent episode, and for the past few weeks, too, it’s taken on the conjoined themes of institutional failure and individual resilience.

Arabella’s professional life is now at a nadir: Unable to finish the book she’s under contract for, she loses her publishing deal and her literary agents and owes back her advance (enough money to leave her in tears). As with the police who closed her rape case without solving it, Bella’s once more abandoned by institutions that promised support. Most weekend nights, she sits outside Ego Death Bar, where she was assaulted in Episode 1, drinking red wine and hoping her attacker revisits the scene of his crime. The desire for justice doesn’t end with the detective’s search for it. And it turns out the primal need to tell your story doesn’t disappear just because no one’s offering to pay you for it.

Because on I May Destroy You, art is commerce, but it’s also a marker of resilience. Arabella’s best friend is as shocked as her bosses to learn that she hasn’t been writing, but it makes sense. A person’s ability to participate in daily life is a common yardstick for progress in recovery, but what are the implications for someone in the business of refining their personal experience into art? Put another way, how well can Arabella really be doing if she can’t make anything to sell?

The desire for justice doesn’t end with the detective’s search for it. And it turns out the primal need to tell your story doesn’t disappear just because no one’s offering to pay you for it.

One glimmer of hope seems to be that even though Arabella's not producing art, she has a passion for consuming it again. Without the assistance of the literary institutions who have revoked her access, she still manages to track down another young London author, Della Croydickie, who she thinks might help kickstart her own creative process. Della turns out to be a pen name for Zain, the book doctor who stealthed her earlier in the season, but Arabella finds that she can face him squarely and take what she needs. “I’m not afraid of you,” she tells him, but adds in a delicious warning, “I might seem a little more frightening than the last time you saw me.”

Zain helps Bella organize the book that’s been percolating in her head, but he doesn’t help her write it. In fact, once the story is plotted on her bedroom walls, he doesn’t even understand it. ("I thought you were writing about consent," he tells her, which feels like something someone could say about the show itself.) It turns out that Bella doesn’t need retributive justice or the say-so of literary gatekeepers to unlock her creativity. She doesn’t even need the closure of finally watching her assailant walk back through the doors of Ego Death Bar. Art isn’t the measure of her resilience, it seems, but the means of it.

And then, finally, she does see him, the same blonde man who drugged and raped her, prowling the same bar, opening up new possibilities for the coming series finale. It’s the timing here that feels so meaningful. Coel carefully disentangles conventional notions of justice and closure for Arabella from Arabella’s ability to take back her own life and authorship. Her book may be a personal and eventually a financial consolation to her, but it would be cynical to suggest that she needed these institutions to disappoint her in order for her to climb from their rubble. Life would have been easier with their support. It should have been easier.

When Zain leaves her apartment, she has him take the trash bags of police evidence she's stowed under the bed — the last of what she thought she needed to hold onto. It’s a gesture both dark and hopeful: Arabella is on her own now, and finding strength in herself despite it.