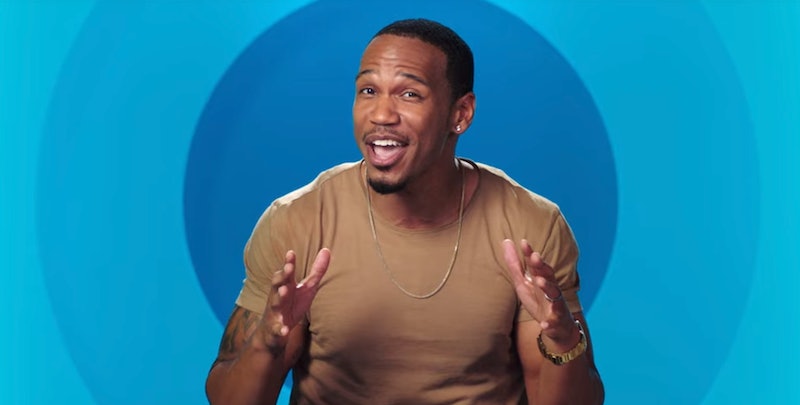 If there’s anything that’s held true across four seasons of The Circle, it’s that the Netflix show loves surprises. Season 4 kicked off with the reveal that Spice Girls members Melanie “Mel B” Brown and Emma Bunton (aka Scary Spice and Baby Spice) were catfishing as children’s author “Jared.” (As revealed in Episode 5, they successfully fooled most of the players, upping the prize money to $150,000.) And in the second batch of episodes, we’re treated to yet another twist — this time in the form of a surprisingly familiar face. Say hello to Trevor St. Agathe, the man behind the profile that DeLeesa St. Agathe used to win Season 2.

“I know you guys are trying to figure out where you know this face from, but it really is me, the real Trevor,” he says in his introduction. Since DeLeesa won because she was channeling Trevor — helped along by a detailed notebook that he created with her — Trevor says that he and DeLeesa made a bet. They wanted to see if he could win The Circle on his own. But since his own profile photo would immediately set off people’s catfish radars, they decided he would be going in as DeLeesa’s friend Imani.

“One hundred percent that money is coming home with me,” he says. “DeLeesa may be the queen of The Circle, but y’all have finally met its king.”

Here’s everything else to know about him.

Trevor is happily married to DeLeesa, and he shares plenty of photos with his wife and two kids on his Instagram. “To my forever valentines: I love you to the moon…and back,” he wrote on Feb. 14.

As is usually the case with contestants on reality TV shows, it’s hard to trace where the real-life Imani is today. Trevor explains in his introduction that though he’s using Imani’s photos, he’s going to create a whole new personality and backstory unique to the show. And since there’s no Imani tagged in any of DeLeesa or Trevor’s Instagram photos, for now she’ll have to remain a mystery!

When it comes to winning, Trevor explains that Imani being single is a key part of his strategy. “I don’t care who I got to flirt with. I’m going to flirt,” he says. “That’s going to be a really, really, really big part of my game. So hopefully that will help me solidify some alliances going forward.”

He adds that he was raised in a house with four women, and he’s experienced with helping them get ready for the day. “I’ve been doing makeup, [have put on] women’s jeans, and I’ve got a wig that I’ve been braiding,” he says. Ultimately, “You really got to get into the mind of a woman when you’re going to play a woman.”