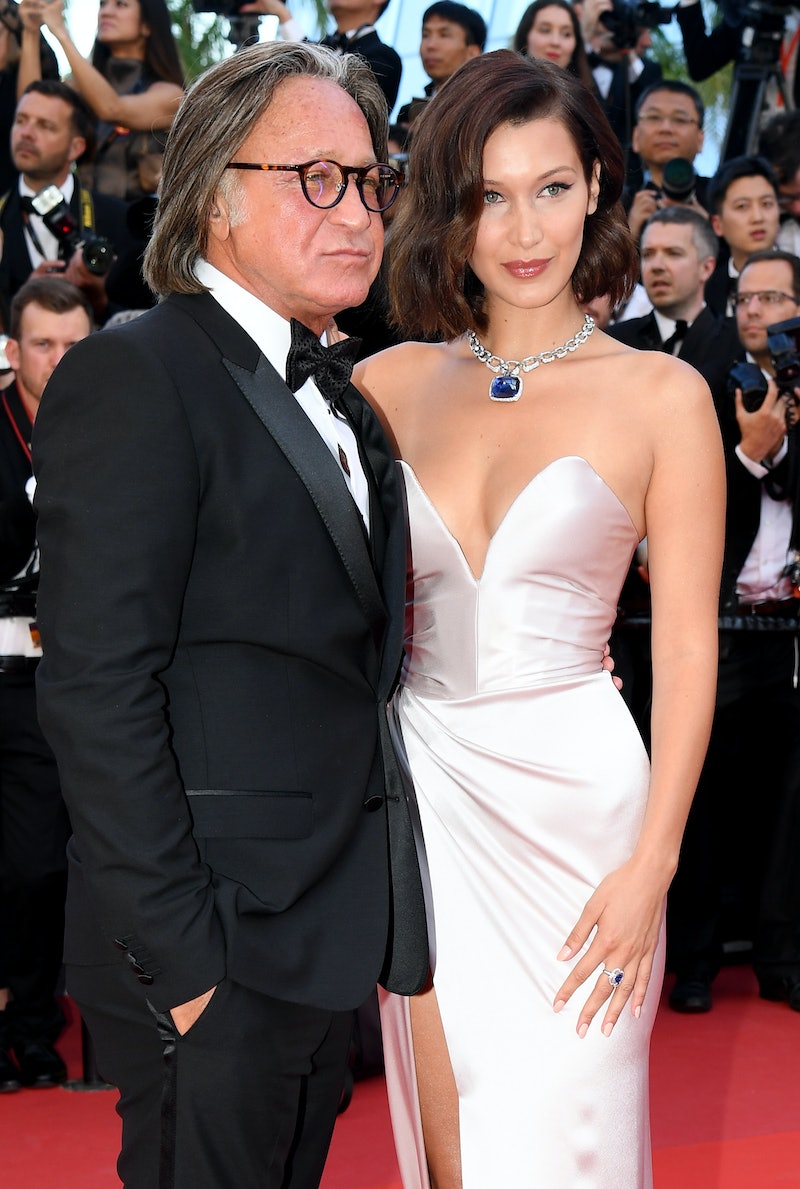 After removing a photo of her dad's passport, Instagram has apologized to Bella Hadid. The model called out Instagram after a photo she posted of her dad's passport was removed for allegedly violating Instagram user rules. The social media platform now says that the photo of Mohamed Hadid's passport was taken down because of an error. "To protect the privacy of our community, we don’t allow people to post personal information, such as passport numbers, on Instagram," a spokesperson for Facebook (which own Instagram) told Page Six on July 8. "In this case the passport number was blurred out, so this content shouldn’t have been removed. We’ve restored the content and apologized to Bella for the mistake."

Bella's original Instagram story showed an image of an old passport of Mohamed's. "Instagram removed my story that only said 'My baba And his birthplace of Palestine' with a photograph of his American passport," the supermodel shared on her story on Tuesday, July 7, next to the removal notification from Instagram. "@instagram exactly what part of me being proud of my father’s birth place of Palestine is ‘bullying, harassment, graphic or sexual nudity?'”

She later shared the same passport photo twice on her story. "I am proud to be Palestinian," she captioned the story. "Everyone should post where their mother and fathers were born today! Remind them how proud you are of where you come from!!!" In another story, Bella asked Instagram, "Do you want me to change his birthplace for you?"

As seen in a screenshot shared by Twitter user @bizzzleschanges on July 7, Bella also questioned Instagram about how Mohamed's birthplace is "bullying, harassment, graphic, or sexual nudity." She also accused the platform of "bullying." In a response to @bizzzleschanges tweet, Instagram explained why they removed the photo and also apologized, similar to the statement they gave to Page Six.

At the time of publication, Bella hasn't responded to Instagram's apology and explanation, but she has continued to post images in her stories to share how proud she is of her Palestinian heritage.