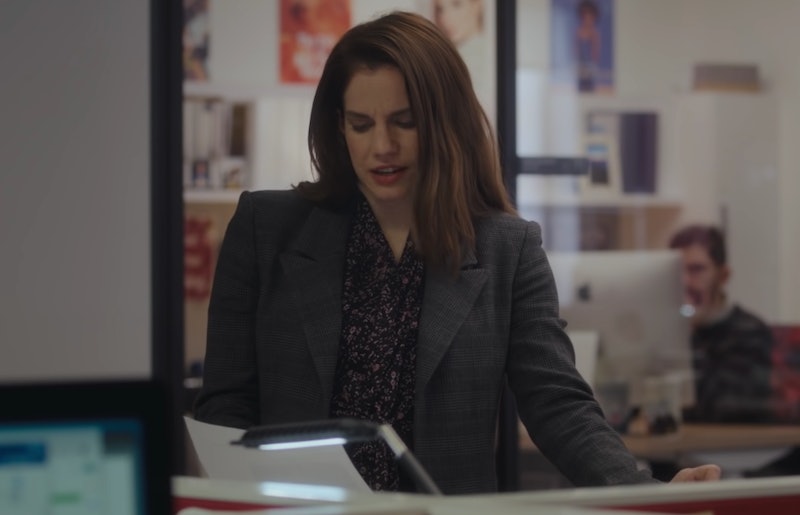 From the The Tindler Swindler to The Puppet Master, the thirst for Netflix’s true crime content has been strong as of late. Up next is Shondaland drama Inventing Anna, which tells the bizarre story of Anna Delvey (real name Anna Sorokin), a Russian-born fraudster who convinced New York elites that she was a German heiress, scamming them out of thousands of dollars in the process. As Netlix teases, the series is “completely true... except for all of the parts that aren't.”

The drama, starring Julia Garner as Delvey, is inspired by journalist Jessica Pressler’s New York Magazine article ‘How Anna Delvey Tricked New York’s Party People.’ In Inventing Anna, My Girl actress Anna Chlumsky plays Vivian Kent, a fictionalised version of Pressler. Per Shondaland’s synopsis, the series is expected to offer insight into the “dark, funny, love-hate bond” shared by the fake heiress and Pressler over the duration of her investigation.

The Inventing Anna series was written and created by renowned TV giant Shonda Rhimes and Pressler worked on the project as a producer. As mentioned, Pressler’s scandalous and extremely detailed 2010 exposé has provided much inspiration for the upcoming show. Sorokin, also known as the “Soho Scammer”, defrauded friends and hotels out of thousands of dollars. She was eventually convicted and, in 2019, sentenced to four years in prison. The scammer was released early, in 2021, for good behaviour.

It’s not the first time Pressler’s investigations have been considered Hollywood worthy. The journalist’s article "The Hustlers at Scores," went on to become the 2019 film Hustlers, starring Jennifer Lopez. Currently residing in New York, per her public LinkedIn profile, Pressler is a special correspondent at Vanity Fair as of 2020, following her long-standing role as contributing editor at New York Magazine. She has also written for GQ, Elle, and Esquire. As of late, Pressler has been sharing her excitement for Inventing Anna’s release via Twitter.

This article was originally published on Feb. 8, 2022