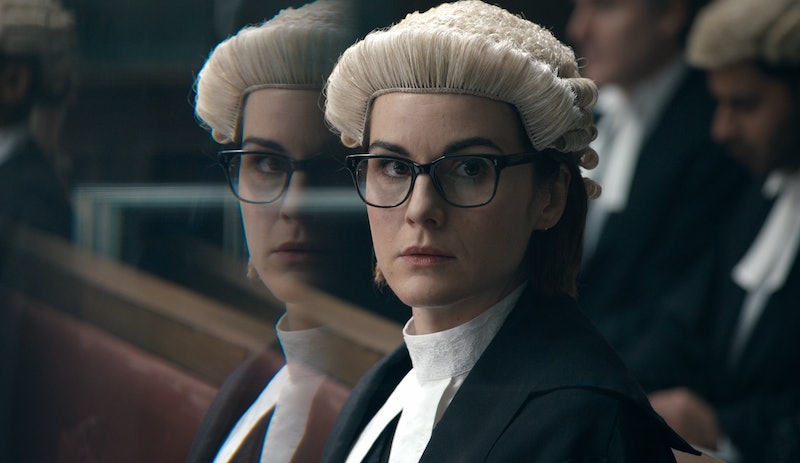 Big Little Lies creator David E. Kelley is back, and this time he’s diving into the world of British courtroom dramas. Netflix’s Anatomy of a Scandal follows Sophie (Sienna Miller), the wife of James (Rupert Friend), a powerful and respected politician. The pair lives a comfortable and privileged life, but all that begins to unravel when Sophie discovers James has been having an affair. Worse, he’s later accused of rape, forcing Sophie to maintain he’s innocent, even as prosecutor Kate (Michelle Dockery) works to prove his guilt.

The story is based on a 2017 political thriller of the same name by author Sarah Vaughan. While Anatomy of a Scandal isn’t a true story, Vaughan did draw from her own experiences as a courtroom reporter and political correspondent. She began working as a Guardian reporter at 23, and wrote in a blog post for Waterstones that covering murder and sexual abuse trials at crown courts and the Old Bailey made her see “first hand the inherent drama, the high stakes, and extremes of emotion that could be played out in court.”

She added that covering criminal investigations, such as the Soham murders, confirmed for her that a whole court case can “can turn on a comment, or a plot twist, and then veer off course.” (In that case, convicted killer Ian Huntley was part of the search party for the two victims until investigators began looking into him because he made a comment that as the school caretaker, he was “one of the last people to speak to them.”)

And then it was her experience of being a political correspondent that made her “even more conscious of power, privilege and entitlement,” which is at the heart of Anatomy of a Scandal. “I watched charismatic, psychologically complex characters at work — and saw how the truth could be obscured,” she wrote.

In a recent Guardian interview, Vaughan explained that Anatomy of a Scandal was inspired by two cases in particular. In November 2004, she was called in the day after Boris Johnson was fired from the Conservative frontbench for lying about having an affair. When Johnson spoke to Vaughan, she was struck by how casually he had lied to her. “There was a lot of flummery and flannel; lots of chuntering and ‘all chaps together’-ness about it,” she said. “He confirmed the story was true and didn’t seem to express any remorse. It was the first time I was aware of a public figure admitting to lying and not seeming to be bothered by it.”

The second case happened in October 2014, when footballer Ched Evans was released after serving a prison sentence for rape. Journalist Allison Pearson then wrote a column that insinuated that the victim in question “wasn’t expecting to have a game of Scrabble” and knew what she was getting into when she went to his hotel room. “And I just thought about how women judge each other,” Vaughn said.

Combining the themes around these two cases led to Anatomy of a Scandal. “To me, Anatomy is really about entitlement and the scandal of entitlement,” Vaughan told The Guardian. “James, in Anatomy, is not [sympathetic]. ... Working in the lobby, and also reporting on trials, has meant I’ve seen characters with big egos continue to assert their power, and I’ve questioned why they would put themselves in this position when they have so far to fall.”

Anatomy of a Scandal is now streaming on Netflix.

More like this
The Mysterious Gunther Corporation From 'Gunther’s Millions' Has Dissolved
By Brad Witter
The 'Freeridge' Cast Shared Their Hopes For A Potential Season 2
By Grace Wehniainen
You Might Want To Rewatch This Key 'On My Block' Scene To Understand 'Freeridge'
By Grace Wehniainen
Ashton Kutcher Wants Danny Masterson “To Be Found Innocent” In Rape Retrial
By Jake Viswanath
Get Even More From Bustle — Sign Up For The Newsletter
From hair trends to relationship advice, our daily newsletter has everything you need to sound like a person who’s on TikTok, even if you aren’t.