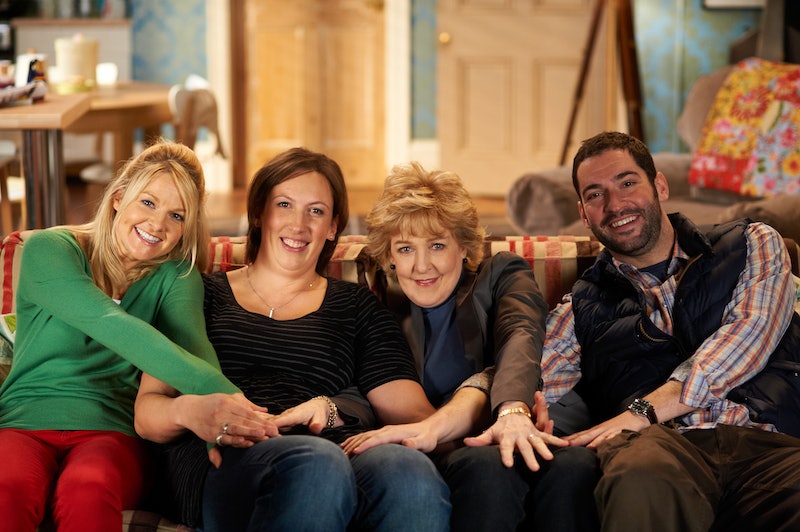 After seven years off the air, the hit BBC sitcom Miranda was rumoured to be making its return for a hot second. The Sun reported that series creator Miranda Hart had penned a fourth season of Miranda, which last graced our TV screens back in 2015. However Hart soon spoke out, setting the record straight almost immediately. So what is the truth behind those Miranda reboot rumours?

Per the Sun, Hart reportedly told them that “a lot of lovely people have kept on asking for the return of Miranda so here we are and I hope everyone likes it.” Responding to report of a potential fourth season, the actor and comedian shared an Instagram post on April 25 confirming that there is “nothing planned at this time.”

“It’s so lovely when some people get excited there might be more Miranda. Means a lot,” Hart wrote. “But I’m afraid what was in [the] papers today didn’t come from me.” Although disappointing for fans, Hart’s response doesn’t entirely rule out the possibility of future episodes, and if social media reaction to the reports offers any indication, the appetite for brand new Miranda remains strong.

“I think we could all do with some good info right about now and this would have been the best ever! I will have to let Miranda and Gary live on in my imagination - such as it is,” one fan wrote on Twitter. “Is #Miranda coming back with a 4th season???? Oh please let that be the truth!!!” another fan commented.

As per Metro, the hit sitcom first began airing back in 2009 on BBC Two, before moving to BBC One where it aired for three seasons and two special episodes. The series centred on the clumsy, socially awkward, yet loveable Miranda (Hart), who juggled the ups and downs of life alongside her best friend Stevie Sutton (Sarah Hadland), her snobby and eccentric mother Penny (Patricia Hodge), and her longtime love interest Gary (Tom Ellis).

In 2019, Hart toyed with the idea of reviving Miranda. However, the circumstances never “quite aligned.” During an appearance on The Gaby Roslin Podcast, Hart also compared the show’s characters to people “you’ve lived with for a long time,” adding that the return of Miranda is something she is “not ruling out.” So in short: there’s still hope.