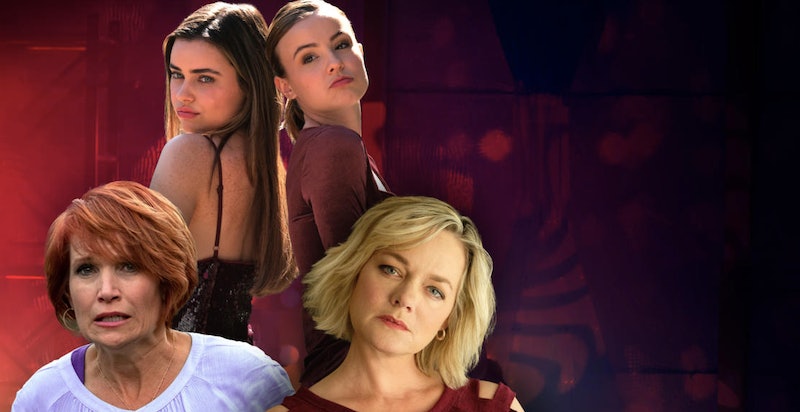 Amy Poehler may have taught the world what it means to be a “cool mom” on Mean Girls, but Lifetime’s new movie Beware of Mom takes that concept to a terrifying new level. Things start off on familiar ground, with the story of two teenage girls. The first, Jessie, is the new kid in town who befriends Kylie, a local teenager who lives on her street. So far, so ordinary. Once the two are pals, Kylie quickly realizes Jessie's mom, Anna, is rather less strict than her own mother. And not in an "eat what you want for dinner" way, more in a "do you want to go to a nightclub?" way. Over time the tension escalates until Kylie's mother Tanya realizes that her daughter is slipping away from her and into the clutches of a monster.

The good news is that based on the information provided about the movie, Beware of Mom isn’t based on a true story. Though as many parents would acknowledge, you don’t need a neighbor to try and infiltrate your family to understand some of the concerns Tanya faces as a mother. Parents worrying about their children is a tale as old of time. According to a 2018 survey involving 2,000 parents conducted by OnePoll along with the Lice Clinics of America and reported by the New York Post, parents typically spend 37 hours a week worrying about their kids, which equates to five hours and 18 minutes a day.

As the trailer demonstrates, things quickly escalate from general anxiety to outright violence, putting this firmly in the category of thrillers-not-to-watch-alone. The movie premieres on Saturday, Aug. 15 at 8 p.m. ET., so tune in if you want to learn why being a cool mom can sometimes be a very dangerous thing.