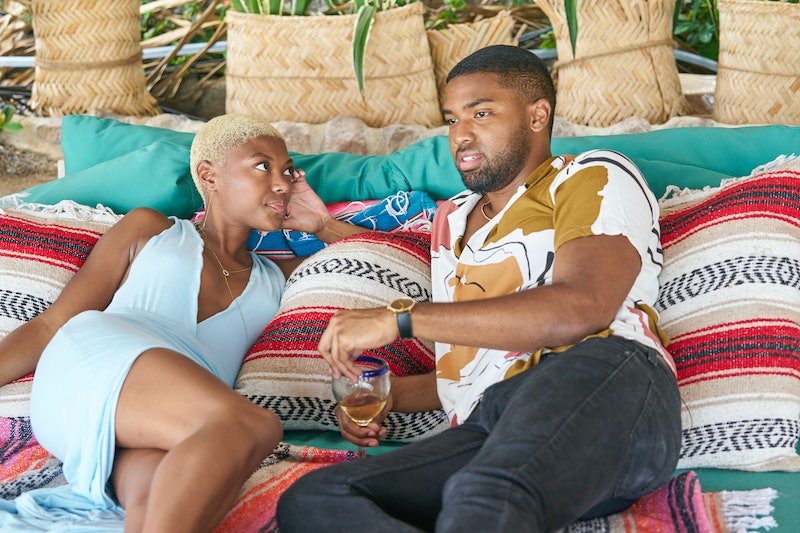 Viewers first met New York City-based runway model Chelsea Vaughn when she strutted onto Matt James’ Bachelor season earlier this year. Despite their strong chemistry, Matt never invited Chelsea on a one-on-one date, and ultimately eliminated her in Week 6. After saying her goodbyes, Chelsea exited the show the same way she arrived: doing her best runway walk (a scene she later re-created on TikTok while wearing the same dress from her final rose ceremony).

As Chelsea revealed in a May Instagram Stories Q&A, she went on a few “random dates” after returning home to NYC, but was still single after the show. Enter Bachelor in Paradise, where she had three men — Aaron Clancy, Ivan Hall, and Demar Jackson — vying for her attention after her arrival. In a more recent Instagram Q&A, however, she said that none of them were on the list of men she’d hoped to meet in Paradise.

“I’m not gonna expose myself and answer this question, but I had a list of like five people, and none of them were there,” Chelsea shared with her followers as the Sept. 21 BiP episode was airing. “But I was pleasantly surprised by who was there; they just weren’t on my list.” (Someone who might have been on her list? Andrew Spencer, an alum from Katie Thurston’s Bachelorette season who Chelsea joked about wanting to marry in a July tweet.)

Without a solid connection this late into the season, chances are Chelsea will leave BiP single. At the very least, it doesn’t seem like she ends up with Aaron, since he recently said on the Talking It Out with Bachelor Nation podcast that he was “wearing” his heartbreak after being hurt by both the Chelsea love triangle (or square?) and Tammy Ly choosing Thomas Jacobs over him earlier in the season. He and Chelsea do appear to be on good terms, at least to the point that they still follow each other on social media.

Since Demar already shifted his attention away from Chelsea following his arrival, Ivan seems to be her only remaining romantic contender. There’s no evidence that they leave the beach together, aside from the kiss they shared in the most recent episode. While they both attended the Governor’s Ball in NYC, several other Bachelor Nation stars — including Abigail Heringer, Serena Chew, Pieper James, Riley Christian, and Noah Erb — were also there, so it doesn’t seem like it was a date.

If Chelsea is indeed still single, she appears to be fine with it. Her close friends, including new pal Cashay Proudfoot from Love Island US, are the true stars of her Instagram page, and, on Aug. 26, she posted a telling TikTok in which she lip-synced to audio saying she’s going to be a “single, fun, crazy, rich b*tch forever,” before launching into Saweetie’s “Best Friend.”

More like this
Joey Essex Is Rumoured To Be Dating A 'Love Island' Favourite
By Sam Ramsden
Love Is Blind’s Natalie Claims Shayne Signed Up For 'Perfect Match' While They Were “Still Together”
By Brad Witter
Mack & Domynique Reportedly Had An "Epic" Breakup On 'Married At First Sight'
By Brad Witter
All The Clues Clint & Gina Aren’t Still Together After 'MAFS' Season 16
By Brad Witter
Get Even More From Bustle — Sign Up For The Newsletter
From hair trends to relationship advice, our daily newsletter has everything you need to sound like a person who’s on TikTok, even if you aren’t.