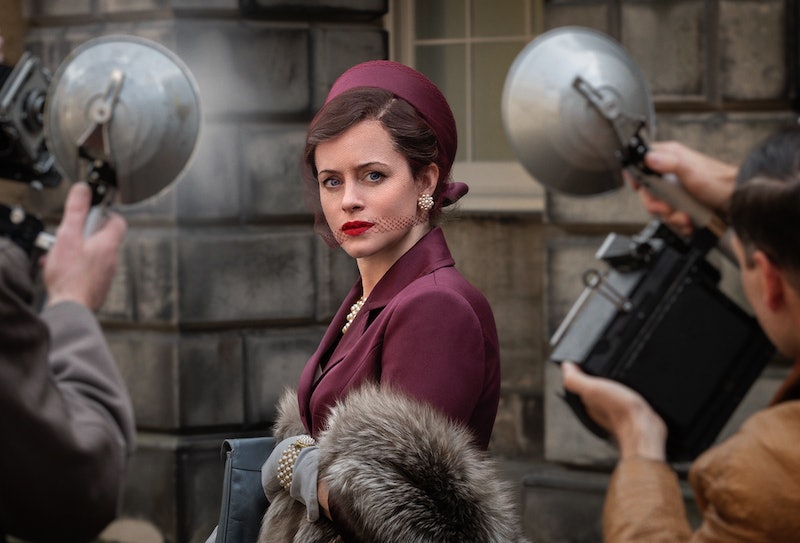 Claire Foy’s latest embodiment of British aristocracy comes in the form of the Duchess of Argyll, Margaret Sweeny, an heiress who was considered the most beautiful and sought-after debutante of the 1930s. While in the midst of a divorce from her first marriage, Sweeny meets — and marries — Ian Campbell, the Duke of Argyll, however, it's not all happily ever after. The marriage ends in an embittered divorce that is played out in a three-episode BBC One drama coming to screens this Boxing Day. But how much of A Very British Scandal is a true story, and how accurate is it?

In what was arguably one of the most notorious public cases of the 20th century, Sweeny’s divorce from Ian Campbell (played by Paul Bettany) was fraught with scandalous stories that surrounded a set of salacious photographs.

The sexually explicit Polaroid pictures proved central in the Duke and Duchess’ 1963 divorce, but also became the subject of a government investigation. It was speculated that the "headless man" was the then-Minister of Defence Duncan Sandys (later Lord Duncan Sandys, Winston Churchill’s son-in-law), “as the only Polaroid camera in the country at the time had been lent to the Ministry of Defence”, per The Guardian.

The extraordinary and brutal case seems like it should be something out of a fictitious but highly thrilling drama, but, in fact, much of the A Very British Scandal script is based on a true story. While the opening credits of the BBC miniseries do say that it is only based on a true story, and naturally, an element of artistic license and dramatisation will have been applied, the central and pinnacle moments of the script were all previously played out in the press.

The presiding judge, Lord Wheatley, declared the duchess a “wholly promiscuous woman” in the case, which some call the one of the earliest public slut-shamings in Britain, as her most private and explicit moments from Polaroids and diary excerpts were read in court. The story will play out as a follow-up to 2018’s A Very English Scandal, depicting the rise and fall of Jeremy Thorpe.

A Very British Scandal will premiere on BBC One at 9 p.m. on Boxing Day. All three episodes will be available as a boxset on BBC iPlayer from then, and the series also continues across the following two nights (Dec. 27 and 28) on BBC One.