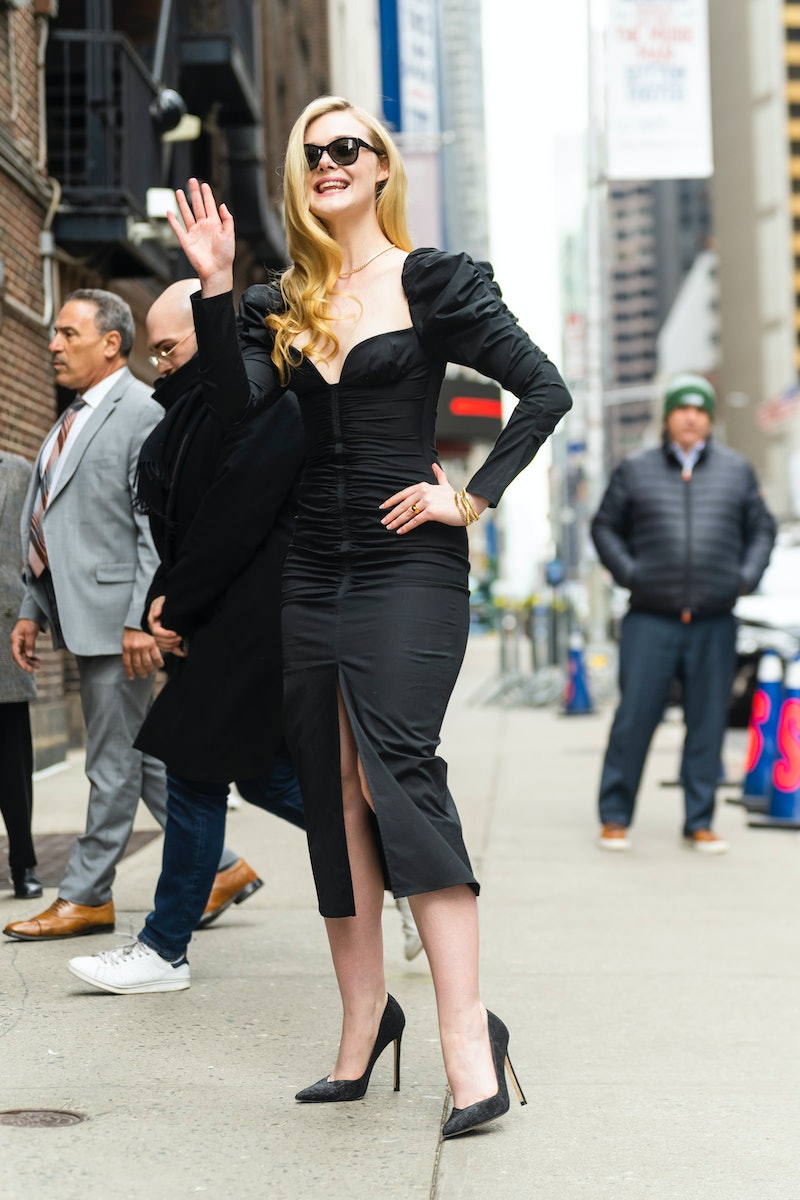 Once just Dakota’s little sister, Elle Fanning has carved out her own career in Hollywood. Most notably, Fanning is currently staring as Michelle Carter in Hulu’s The Girl From Plainville, which follows the true story of the death of Carter’s boyfriend, Conrad Roy III, as well as her conviction on a charge of involuntary manslaughter. It’s the latest role in a long line of star-making performances for Fanning, coming on the heels of titles like The Neon Demon (2016), The Beguiled (2017), and, of course, her headlining turn in Hulu’s historical fiction series The Great. There’s no denying Fanning’s status as a quintessential “it” girl, and with that moniker comes all kinds of speculation.

Including the question is Elle Fanning dating anyone? It’s hard to say. As recently as 2021, she was in a relationship with actor Max Minghella (The Social Network, The Handmaid’s Tale). The couple have been romantically linked since the summer of 2018, when, per Us Weekly, they’d been galivanting throughout Europe. According to Elle, the couple met on the 2018 movie Teen Spirit, which Minghella wrote and directed. "I mean, we just really love working together," Fanning revealed to Entertainment Tonight in 2019, when asked about her relationship with Minghella. "That was, like, very special, and he's such a good friend."

It was also in 2019 that Fanning and Minghella made their relationship red carpet official. As you can see above, the duo attended the Met Gala together, confirming their status as a couple. In that same Entertainment Tonight interview, Minghella sang the praises of his partner and star. He stated that she was “the only actress who could have carried” the movie, adding “it's an incredible list of requirements. You have to be able to sing, you have to be able to dance, you've got to, you know, be able to speak Polish convincingly, do the British accent, play the age range and carry the movie with an incredibly nuanced performance.” From the sound of it, they had as much professional chemistry as they did romantic: "It's a lot for one person, and she just handled everything with such discipline and professionalism and she never complained."

In a 2019 interview with Esquire, Minghella revealed he had never dated anyone he didn’t want to marry, even as far back as his teenage years. As the interview put it: “Yes. He's in a relationship. Yes. His mother has met her. No. Don’t believe the Internet about who it is. Many of the women he's said to have dated, he’s never even met.” However, despite the usual pitfalls and assumptive nature of Hollywood gossip, Fanning and Minghella never hid their relationship.

As for where the two stand in 2022, it’s currently unclear if they’re still together. With no substantial evidence one way or the other, it’s hard to speculate; however, it’s worth mentioning that both Elle Fanning and Max Minghella still follow one another on Instagram.

More like this
Michael B. Jordan Tackled His "Public Breakup" With Lori Harvey On 'SNL'
By Brad Witter
Joey Essex Is Rumoured To Be Dating A 'Love Island' Favourite
By Sam Ramsden
Who Is Pete Davidson Dating? He & Chase Sui Wonders Got Caught Kissing
By Jake Viswanath
Pamela Anderson’s Dating & Marriage History Could Be Its Own TV Series
By Jake Viswanath
Get Even More From Bustle — Sign Up For The Newsletter
From hair trends to relationship advice, our daily newsletter has everything you need to sound like a person who’s on TikTok, even if you aren’t.