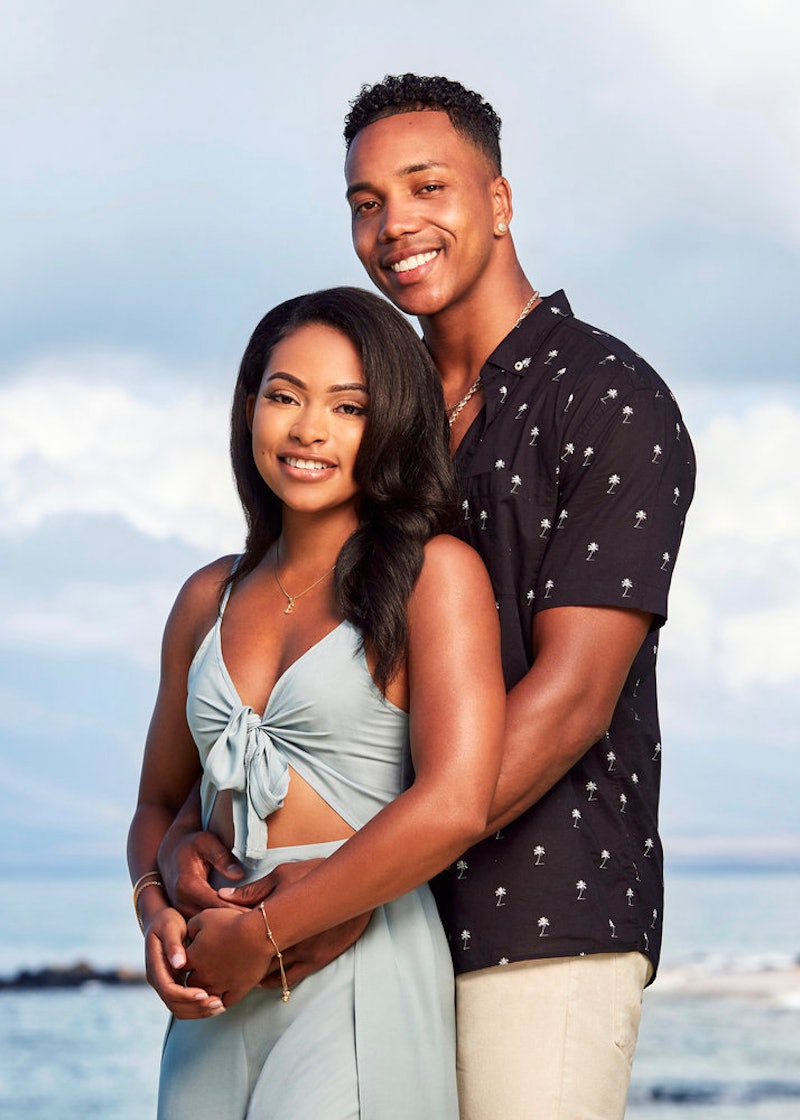 Watching video of her boyfriend of two and a half years have sex with another woman on Temptation Island’s March 9 episode gave Erica Washington the permission she needed to start focusing on herself. Although it’s unclear if Erica is dating anyone after Temptation Island, you’ll start to see her asserting her independence moving forward. “You can expect to watch me rediscover myself and be unapologetic about it,” she explained on the March 11 episode of blogger Reality Steve’s podcast.

Although retaliatory cheating was “definitely a thought” Erica had after Kendal hooked up with Alexcys, the San Diego native says she instead decided to “just really embrace this experience and let [her] walls down” on the show. “[Kendal’s] obviously not worried about me, so I’m gonna start worrying about myself,” Erica explained to Reality Steve.

Most recently on the show, Erica’s gone on dates with Jesse, though she explains that Kristen is the one who suggested they get to know each other. After spending some one-on-one time with Jesse, Erica agreed with Kristen that he possessed a lot of the qualities she’s looking for in a partner. Their romantic journey is still playing out on the show, however, so it’s still anyone’s guess if they’ll leave the island together instead.

What seems obvious is that chances are slim that Erica and Kendal are still together. Social media seems to indicate they’re at least on OK terms, however. In addition to the fact that they still follow each other on Instagram, Erica still has Kendal tagged in an April 2020 photo that she lovingly captioned, “There’s no one I’d rather be stuck in the house with.” One of the first steps most people take post-breakup is a social media cleanse, but Erica could also be using the photo as a red herring to build mystery around the show. Either way though, it’s certainly not the kind of post someone in a new relationship would likely keep on their page (though, to be clear, the photo was taken before Erica and Kendal headed to Hawaii to film Temptation Island in September 2020).

As Erica explained to Reality Steve, she’s only been in two serious relationships, both of which were “very, very toxic.” She took a break to “embrace her single life” for over a year before beginning to date Kendal. Judging from how their relationship has been portrayed on Temptation Island, it seems Erica might need a breather now, too.

Since appearing on Temptation Island, Erica, who recently left her job as a fitness influencer’s personal assistant to work at a VA Hospital, seems to be continuing her goal of looking out for herself, for once. “Self confidence is a super power,” she captioned a March 16 Instagram post. “Once you start believing in yourself, magic starts happening.” However, after Kendal’s cheating episode aired, she posted about Summer Walker’s song, “I’ll Kill You,” so even she’s not above letting out a little rage.

More like this
Why Wasn't Teddi At The 'Bachelor In Paradise' Reunion?
By Brad Witter
Babatunde Aléshé Had The Most Relatable First Date With His Wife
By Sophie McEvoy
We’ve Got A Text! Another 'Love Island' Series Is On The Way
By Darshita Goyal
Chris Moyles’ Partner Supports Him In The Sweetest Way
By Darshita Goyal
Get Even More From Bustle — Sign Up For The Newsletter