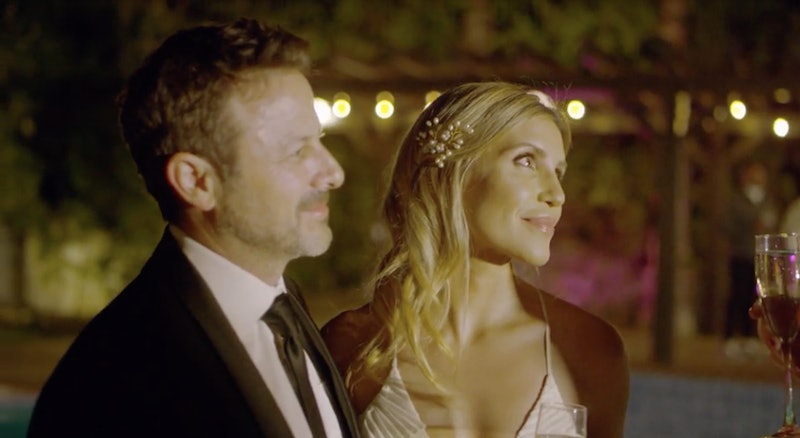 Navigating online dating can already be daunting, but in Lifetime's new movie Her Deadly Groom, it turns into a full-blown nightmare. The film centers around Alison (Kate Watson), a recent divorcee who is hesitant to start dating again. That is, until her best friend signs her up for a dating website and she matches with the handsome and mysterious Vincent Black (Michael DeVorzon).

Between his charm and devilish good looks, Alison feels like Vincent is too good to be true, and considering this is a Lifetime movie, that means he definitely has some troubling skeletons in his closet. It also suggests he has some ulterior motives for dating (and ultimately proposing to) Alison. "Alison's going to inherit all of your money when you die," Vincent says in the trailer. "And I'm going to inherit all of her money when she dies."

Though it doesn't appear that Her Deadly Groom is based on a real story, the premise may remind you of the first season of Bravo's Dirty John, which followed the true story of Debra Newell (Connie Britton) and John Meehan (Eric Bana). After meeting on a dating site and falling into a whirlwind romance, the two got married...only for Debra to discover that John had ulterior motives and a longstanding history of conning women. Meehan ultimately died after he attacked Debra's daughter, Terra, and she fought back by stabbing him.

Her Deadly Groom likely won't end the same way, but find out if Alison is able to escape Vincent's grasp when the movie premieres Sunday, July 26 at 8 p.m. ET on Lifetime.