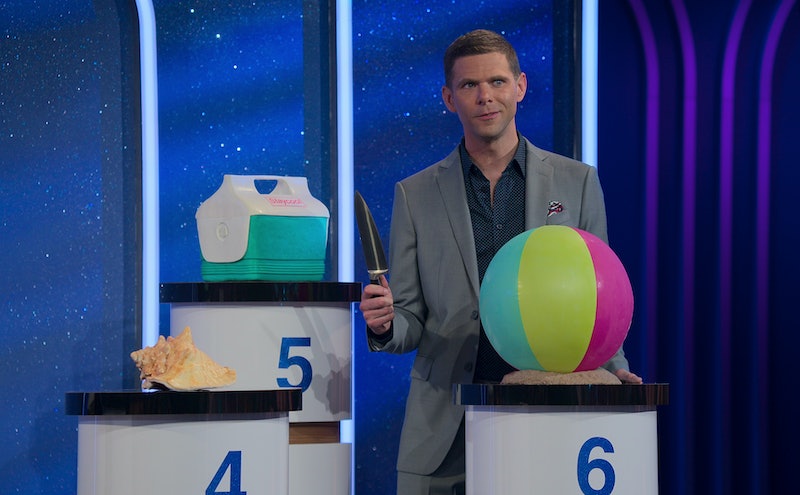 From sneakers and purses to a cash register, the creations on Netflix’s baking competition series Is It Cake? are every bit deceptive as the viral meme that inspired the show. Here’s how it works: In each episode, three celebrity judges are tasked with determining which set of everyday objects is real and which are hyper-realistic lookalikes made out of cake. If the judges correctly identify the cake, the person who baked it is eliminated from the episode. In the event that multiple bakers trick the celebs, the judges decide the winner of each episode’s $5,000 prize. (There’s also a bonus if the winner can spot a fake themselves.)

These elaborate cakes — all made within eight hours — carry an even larger prize for the winning designers. In the season finale, three previous winners compete for the Is It Cake? $50,000 grand prize. Yes, it’s really that simple — and the contestants know how ridiculous it all sounds. “What I do is the weirdest thing in the world,” baker Jonny Manganello says on the show. “Like, there are people saving lives and I am making cake look like other things.”

Despite its simplicity, Is It Cake? has been a success, landing in the top slot in Netflix’s Top 10 in the first week of its March 18 release. Here’s everything to know about the streamer’s latest hit show.

The Is It Cake? Host

Helming the series is Saturday Night Live star Mikey Day. “Man, I should have watched baking shows before I did this,” he jokes of his hosting role on the series. That self-deprecating, irreverent brand of humor continues throughout the season, including when he jokes, “They gave an idiot a machete” in reference to himself. And yes, the comedian actually uses said machete to slice into various objects to reveal whether or not they’re cake.

After getting his start as an SNL writer, Day gained recognition in his first season as a cast member for his “Haunted Elevator (ft. David S. Pumpkins)” sketch with Tom Hanks as well as his Donald Trump Jr. impression. He was previously a cast member on Nick Cannon’s MTV series Wild ‘N Out for seven seasons, and has appeared in Brittany Runs a Marathon, Little, and Hubie Halloween in addition to voicing several Robot Chicken characters.

The Is it Cake? Judges

In order to win a cash prize, each baker has to deceive a panel of celebrity judges, for whom spotting the fake object is no easy task. “One of these is a cake?!” actor Chris Witaske exclaims at one point. Here’s the full list of Season 1 judges:

The Is it Cake? Contestants

More like this
Bachelor Nation's Blake Horstmann Is Dating 'Love Is Blind' Star Giannina Gibelli
By Jake Viswanath and Radhika Menon
Move Over, 'Sunset'! The Drama-Filled Trailer For 'Selling The OC' Is Here
By Nola Ojomu
Who Is 'Stranger Things 4' Fan-Favorite Joseph Quinn Dating IRL?
By Grace Wehniainen
Sadie Sink Would Escape Vecna From 'Stranger Things' With This Taylor Swift Song
By Grace Wehniainen
Get Even More From Bustle — Sign Up For The Newsletter