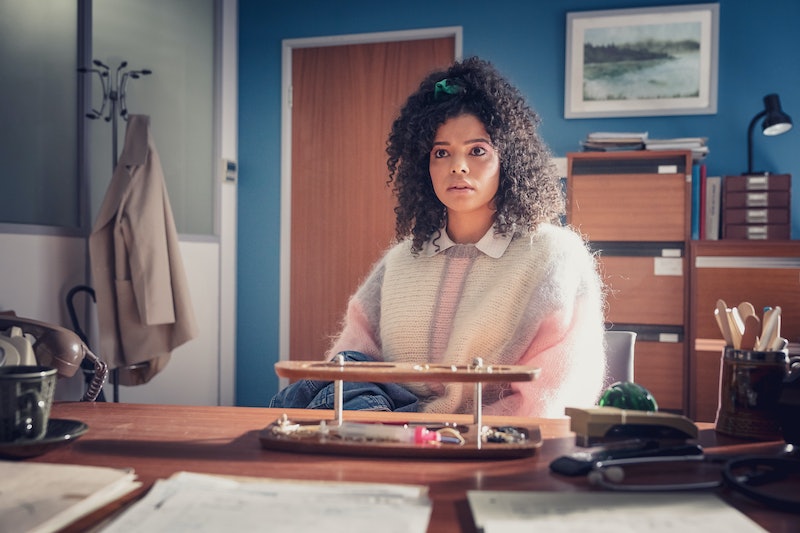 The latest drama to arrive from acclaimed screenwriter Russel T Davies is set amid the HIV and AIDS crisis of the 1980s, centring on a group of young gay men in London who become caught up in the deadly epidemic. It's A Sin is based on show-writer Davies' own experiences, and features characters loosely inspired by real people from his younger years. So, is Jill Baxter based on a real person?

The character of Jill Baxter is portrayed by actor Lydia West and is indeed based on a real-life person: Jill Nalder. And Nalder actually stars in the show herself – as Baxter's mother! Speaking at a press Q&A ahead of the series, West (who viewers may recognise from Davies' Years and Years) spoke about her experience working alongside the "inspiring" woman her character is based on.

"Russell told me the day before the read-through that the [character] Jill is based very loosely on a real-life character called Jill, so much so that he didn’t change her name, and she will her playing my mother, and I was like, 'Argh! Oh my gosh.’”

She continued: "So I arrived at the read-through and I’m kind of like, reading all my lines, and looking over [with] odd glances at Jill just wondering if I’d said that correctly and I approached her at the end of the read-through, and I was like, 'Thank you so much for being you,' and she was just like, 'Oh stop it,' and she’s just very lovely."

However, West went on to say that she chose not mimic Jill's character traits exactly, but instead spent more time trying to learn about her life and her experiences.

"I didn’t make any of my character choices based on her, but it was just amazing to have someone in the room who lived through this time and she is how Jill is depicted, that is the real-life Jill – she’s kind, she’s generous, she’s very sweet," the actor said. "And every time I spent time with her I learned so much, she’s so interesting and so inspiring, so yeah, I managed to have some conversations with her about the era and about her friends and about the Pink Palace [the flat where the main characters live]."