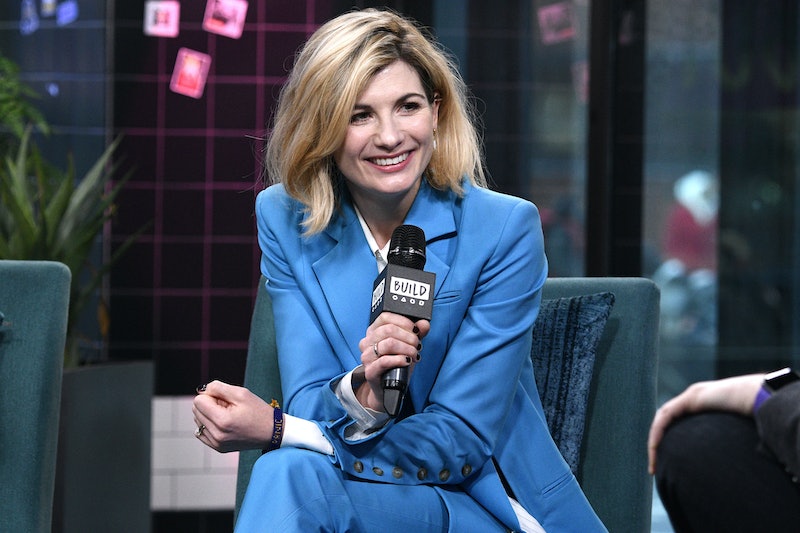 Since the moment she arrived on our screen as Broadchurch's Beth Latimer in 2013, Jodie Whittaker has really been bossing the acting game, keeping our screens filled with high-quality, world-class content. Most recently she's been appeared as the world's most famous extraterrestrial being in Doctor Who but does this time lord have a sidekick? In other words, is Jodie Whittaker married?

The answer, which I am sure will devastate many romantic hopefuls, is yes. Yes, back in 2008, Whittaker married fellow actor Christian Contreras, whom she met in drama school, according to The Sun.

Contreras has starred in lots of TV shows and films himself, including Snowden, American Odyssey, Strangers and, most recently, in the six-art anthology series Soulmates on AMC. And it would seem that, like Whittaker, Contreras has a penchant for sci-fi too, as he also voiced the 2015 video game Star Wars: Battlefront. How about that?!

Contreras also writes, penning the screenplay for City Of Lies, a non-fiction book Labyrinth by Randall Sullivan that was adapted in 2018. City Of Lies tells the story of a detectives (played by Johnny Depp) and a journalist (Forest Whitaker) who team up to investigate the murders of Notorious B.I.G. and Tupac Shakur.

Whittaker and Contreras were married in Arizona in 2008. Speaking to the Independent in 2011, Whittaker joked: "We had a big wedding in Arizona – very attention-seeking, big dress, big guest-list kind of wedding. It was obviously in my top five days..." The pair welcomed a baby girl together in April 2015.

Despite both being the public eye, Whittaker and Contreras like the keep their personal lives on the DL. Speaking to the Independent, Whittaker said: "I don't really want to talk about relationships because it lets people into stuff. I'm not on Facebook for that reason. I find it a bit odd that acting comes with people knowing things about you that sometimes only your best mates know. I find it strange that you're expected to share it with millions of people you've never met."