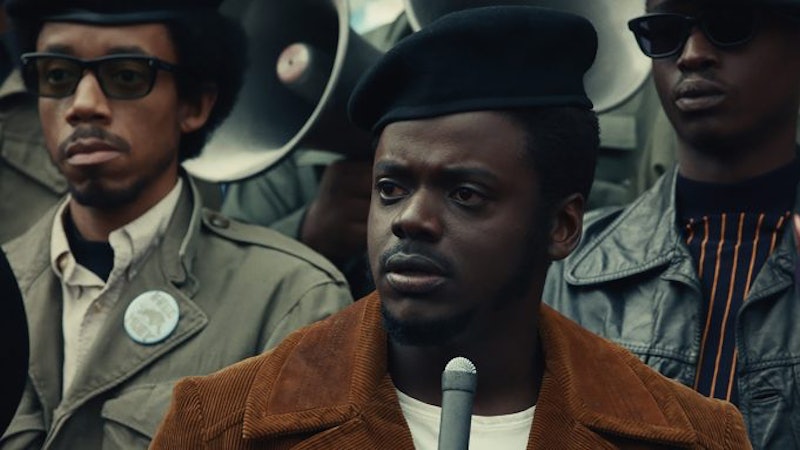 The movie is indeed based on real events. Fred Hampton was a Chicago native and socialist revolutionary who became involved with the Black Panther Party (BPP) in the 1960s. A charismatic speaker, Hampton quickly rose through the ranks of the organization to become the Chairman of the BPP's Illinois Chapter by the time he was 21, according to Inverse. During his time with the BPP, Hampton started a number of programs aimed at helping both Black Americans and lower-income Americans of all races. As reported by Teen Vogue, he conceived the Rainbow Coalition, which united the BPP with the white Young Patriots and the Latino Young Lords, with the three groups working in unison to help low-income Chicagoans of all races get access to free food and protection from police brutality. Hampton's ability to inspire — and particularly his ability to work with groups of other races — made him a target of the FBI.

The FBI — and particularly its then-director, J. Edgar Hoover — feared the rise of a "Black Messiah." They did not like the idea of Black revolutionary groups upsetting the status quo, and they especially feared a charismatic Black leader who could unite disparate groups to work toward a common goal, as The Guardian details. Hampton was exactly the type of leader they feared. So the FBI began observing Hampton under its COINTELPRO campaign, which implanted informants in Black and left-wing groups around the country. A 17-year-old named William O'Neal agreed to infiltrate the Chicago BPP as such an informant, in exchange for the dropping of criminal charges he was facing related to a stolen car.

O'Neal was tasked with growing close to Hampton, and he succeeded, becoming one of the chairman's heads of security. As shown in the film, O'Neal gave the FBI information related to the layout of Hampton's home and where he slept, and in the pre-dawn hours of Dec. 4, 1969, a group of Cook County police officers raided Hampton's apartment. They shot and killed BPP member Mark Clark, who was on security duty, and then shot and killed Hampton in his bed. Several others were injured, and witnesses described the scene as a one-sided attack and deliberate murder. The police claimed no wrongdoing, however, and the killing was ruled as justified at the time by local authorities. Most investigators today, however, believe Hampton's killing was an assassination orchestrated by the FBI, according to the Washington Post.

Judas and the Black Messiah tells the true story of the Black Panther Party's activities in Chicago, William O'Neal's FBI-instigated infiltration, and Fred Hampton's tragic death. It's a story that not many outside of Chicago know very well — if at all — but that's finally about to change.