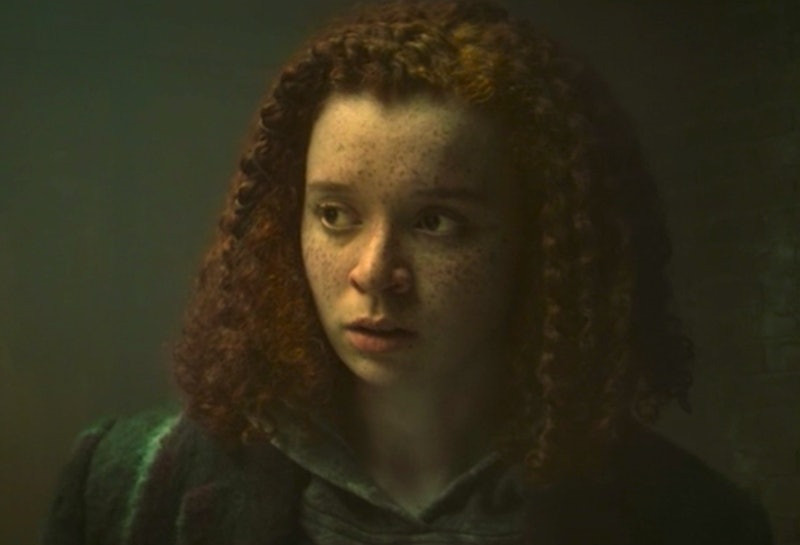 As the leader of the super-powered young anarchist group The Flag-Smashers, Erin Kellyman’s Karli Morgenthau may seem set up to be The Falcon and The Winter Soldier’s main antagonist. But the truth is a bit more complicated. “[Karli is] essentially representing all of the people that feel unheard,” Kellyman tells Bustle. “She thinks that the governments within this universe are fighting for a specific type of person, and she's trying to help out people who aren't necessarily helped by Captain America.”

Introduced in Episode 2, Karli is based on a 1980s Captain America villain named Karl Morgenthau. Karl donned the Flag-Smasher identity after his diplomat father was murdered in an embassy riot, leading him to believe that nationalism and xenophobia only existed because countries did and pushing him to seek out a unified world by whatever means necessary. When Captain America confronted Karl, he explained that while his intentions were good, his violent methods weren’t. The two never saw eye to eye, and eventually Karl was assassinated.

There are limits to how much a story centered around Captain America can entertain a world without borders, but the idea that Steve Rogers saw some validity in Karl’s beliefs is teased out further with Karli in The Falcon and The Winter Soldier — a show which, through the experiences of Sam Wilson and Isaiah Bradley, does explore how government systems can and do fail people. As Karli implies, the people remaining after the Blip created new communities and modes of government. But when everyone returned, countries reverted to the old structures of power, disenfranchising countless people once again. “They care more about the people who came back than the ones who never left,” Karli says in the series. “We got a glimpse of how things could be.”

In the same way that Black Panther opened up conversations about colonialism and slavery, Kellyman sees Karli’s storyline as one that reflects real issues. “Karli’s whole fight, her whole passion is about helping displaced people,” she says.

This ethos is in line with other characters in the show — in particular Sam, who’s grappling with his own discomfort about taking on the Captain America mantle as a Black man while clashing with a character whose comic book name was literally Super-Patriot. Both he and Karli are wary about being held up to represent a certain ideal: whereas Sam gives up Captain America’s shield because he feels like it “belongs to someone else,” Karli is uncomfortable with being the face of a growing movement. After one guy praises her for being a legend, “You can see her and a Flag-Smasher share this look like, ‘Oh god, this is growing legs, people are starting to take notice,’” Kellyman says. “And the intention was just to lay low and help people out. So I think initially she's intimidated by the attention and she's worried about how that will disrupt the cause.”

With Karli juxtaposed against John Walker, The Falcon and The Winter Soldier seems to be subverting ideas about what makes someone a hero versus a villain. In one scene, it’s implied that Karli is flying vaccines to displaced people, and in another, she’s hailed as a Robin Hood figure. “What she's fighting for is a good thing, I think,” Kellyman says. “She's fighting for less strict borders and more equality. So it’s hard to picture her as a villain,” but she doesn’t really belong on “either end of the spectrum” of good or bad.

So far, it’s unclear if Karli will be a foe or an ally to Sam and Bucky in the end. But series creator Malcolm Spellman told Entertainment Tonight that he views Karli as “the glue” of the entire series, hinting that her role will be significant. And though Karli may be going about things the wrong way, Kellyman says her ultimate goal is a noble one. “What she wants is equality and unity in society, and for everything to run like how it used to during The Blip. People coming together and supporting each other. That's what she wants.”