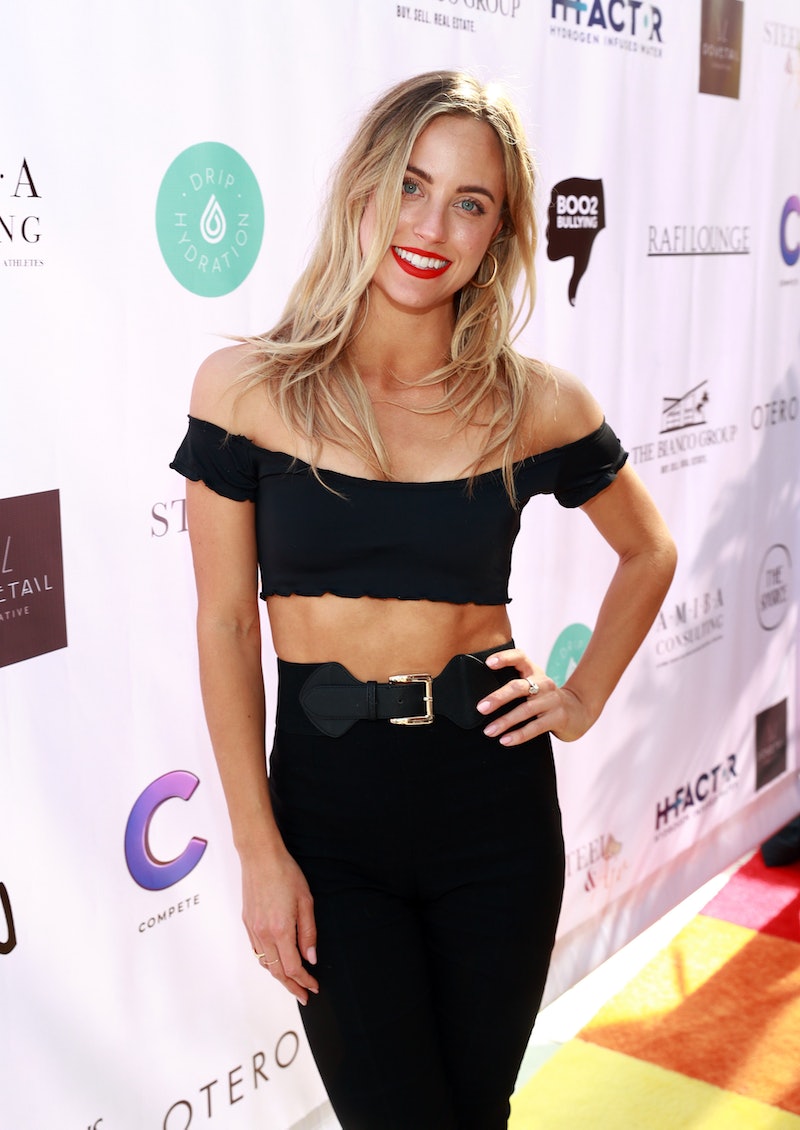 Tuesday night’s episode of Bachelor in Paradise marked the long-anticipated arrival of Kendall Long — aka Joe Amabile’s ex. Immediately after hitting the beach, she made a beeline for Joe. Previews show her saying that she’s still in love with him and that it’s been hard for her to move on, hinting she may be trying to get Joe back. But will she be able to woo him away from Serena P., or will she couple up with someone else?

In April 2021 — before Season 7 of Paradise even began filming — Kendall spoke about Joe returning to the show on Ashley Iaconetti and Ben Higgins’ Almost Famous podcast.“I still have a tremendous amount of love for him,” she said, adding that “it would be really difficult” to see him fall in love with another woman. When asked about going on the show herself, she said, “I would just be signing up for another heartbreak.” But clearly her perspective has changed.

Part of the reason may be her experience rejoining the dating pool in LA, which she also talked about on the podcast. She described dating in the city as “difficult,” though she did say she’d “had some good dates.” “We’ll see. I’ve gone on a couple dates with somebody and I’m down to go on more dates,” she said at the time. However, considering she did ultimately go on Paradise, it’s safe to say that relationship didn’t pan out.

Unsurprisingly, Kendall hasn’t dropped any hints about how her time on BiP resolves. But that hasn’t stopped fans from speculating about her relationship status. In an Aug. 12 post, Kendall shared photos from a fun day at the beach with three of her friends — including Bachelor in Paradise alum Blake Horstmann. It obviously could have been a platonic hangout, but viewers quickly jumped to conclusions in the comments section.

As for what to expect from the rest of Paradise, the Season 7 trailer suggests that there are still feelings between Kendall and Joe. “Why did you come here?” Joe asks, to which Kendall retorts, “Why did you come here?” Not long afterward, Joe and Kendall are seen hugging before the trailer cuts to a sequence of Serena crying during a one-on-one interview. Joe is also heard via voiceover saying, “Kendall’s definitely trying to stop this,” and he tells Kendall that he isn’t “100% sure” Serena is the one for him.

Kendall’s appearance on the show definitely raises questions about Joe’s relationship with Serena, but whether or not if will be enough to break them apart, we’ll have to wait and see.

More like this
There Will Be Several Love Triangles On 'Bachelor In Paradise' Season 8
By Kadin Burnett and Grace Wehniainen
‘The Ultimatum: Queer Love’ Is Officially On The Way
By Radhika Menon and Kadin Burnett
Here’s When You Can Expect More ‘Indian Matchmaking’
By Brad Witter
Here’s Everyone Heading To The Beach On 'Bachelor In Paradise' Season 8
By Grace Wehniainen
Get Even More From Bustle — Sign Up For The Newsletter