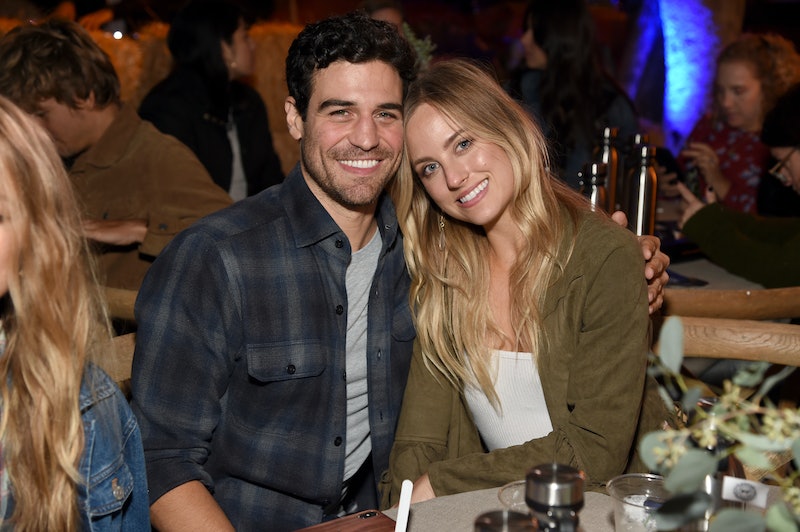 The last time we saw Joe Amabile on Bachelor in Paradise, he was dating Kendall Long. Though the two split before leaving the beach, they revealed at the Season 5 reunion that they’d gotten back together — and for a while, they remained that way. Now, however, Joe is heading back to Mexico for Season 7 — once again a single man. So what happened?

First, let’s revisit their turbulent romance on the show. Both Kendall and Joe had been fan favorites heading in: Joe was affectionately dubbed “Grocery Store Joe” after getting sent home on night one of Becca Kufrin’s Bachelorette season, while Kendall made it to Bachelor Arie Luyendyk’s final three.

In Paradise, the two hit it off pretty quickly, but both had struggled with fear of commitment — particularly Kendall in the end. During a late season conversation, Joe brought up the possibility of them getting engaged, noting that Kendall often “backpedaled” when he tried to have serious conversations about their relationship.Kendall recoiled and walked off into the night, and both parties told the cameras that they were having second thoughts about one another.

The next day, Joe was clear with Kendall about how strong his feelings for her were, but Kendall was more hesitant. “I’ve been falling in love with you since day two, [but] I haven’t been able to express anything because all you’ve said is ‘all my boyfriends try to suffocate me, and I want to keep things open,’” Joe explained. “So of course I say I want to keep things open because that’s what you wanted to hear.”

Kendall said there was a lot they hadn’t talked about and admitted she was freaked out about the idea of being exclusive. “That’s an excuse,” Joe responded. “The truth is, you don’t know how you feel about me.”

Realizing they weren’t on the same page, Joe decided to break up with Kendall and go home.

What Happened After The Show

Jump forward to the Season 5 reunion, and Kendall and Joe revealed that they’d gotten back together. After filming, Kendall went to Chicago to see Joe and repair their relationship. Joe also flew to Los Angeles a couple of times to see Kendall. “I love her, I really do,” he said at the reunion. The couple eventually moved in together in LA but announced their split in January 2020 after over a year of dating.

“We have decided mutually to go our separate ways. Joe has made the decision to move back to Chicago while Kendall will be remaining in her hometown of Los Angeles,” the two said in joint statement at the time, per Us Weekly. “Our family and friends have always been an extremely important element to who we are as people. We can’t imagine continuing our lives without them closer, especially when thinking of starting a family of our own one day. We both respect each others’ decision and still have a great deal of love for each other. We appreciate all the love and support everyone has given us throughout our relationship.”

Why Joe & Kendall Broke Up

In an interview with Entertainment Tonight in March 2020, Kendall revealed the breakup was the result of an ultimatum. “Ultimately, Joe foresaw his happiness and work in Chicago, and I can't resent him because of that. And for me, I just never foresaw a future there," she said. "I think that it became an ultimatum within itself, where either I move to Chicago or we break up, and I didn't really wanna have a relationship like that." Kendall also revealed on her Down To Date podcast that she was blindsided by the breakup and thought she and Joe would get married.

Now, Joe is trying his luck once again on Paradise — and Kendall will eventually be hitting the beach too. Will it be an awkward reunion, or could it reignite their spark? We’ll have to wait and see.