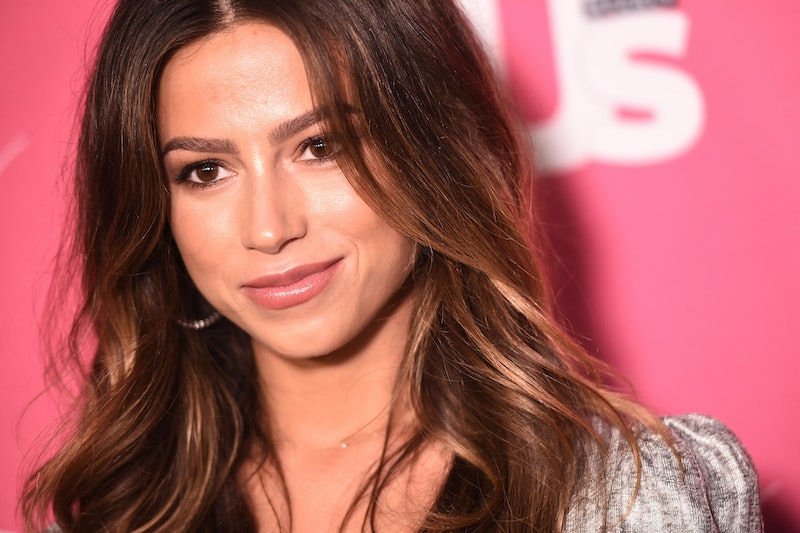 Thanks to one season of The Bachelor, two seasons of Bachelor in Paradise, and Blake Horstmann’s Stagecoach fiasco, Kristina Schulman’s dating life hasn’t been short on drama. She’s tested the waters with a number of guys, and so far, nothing has really stuck. But she recently shared a cryptic photo that her followers think could mark a new relationship.

On May 18, Kristina posted an Instagram photo of her clinking wine glasses (on the beach! at sunset!) with another person. It’s a pretty romantic shot, and the other hand isn’t tagged. “There are limitless amount of things that I appreciate in life but as of lately — beautiful sunsets, good wine, and connecting with friends through meaningful conversations have kept me grounded,” she captioned the post. “It may be little but means a lot.”

People promptly dropped lurking eyes emojis in the comments and wrote things like, “Whose hand?” Kristina responded to other, unrelated comments, but she didn’t answer the question.

Additionally, on April 7, she shared a selfie under which one follower asked why she was still single, per CheatSheet. “Choice,” she reportedly responded. Since then, she has removed the image from her page.

Whether or not the mystery photos mean anything, Kristina’s fans really want her to find love, which is why they’re still campaigning for her to become the Bachelorette. Under a March 3 Instagram post, one person asked Kristina why she isn’t leading the upcoming season of the show. “They didn’t want me and that’s okay!” she replied. (The role instead went to Clare Crawley, who will reportedly be joined by Taiysha Adams later in the season).

Who knows, maybe Kristina will give Paradise another try. Third time’s the charm, right?

This article was originally published on March 6, 2017